An apple a day may not actually keep the doctor away, as this guy will send you straight to the gastroenterologist.  Meet Johan Mold Apple.  He’s rotten all the way down to the core, and instead of being chock full of vitamins he is home to a freeloading worm who doesn’t believe in the concept of paying rent.  That’s enough to make anyone a bit sour. 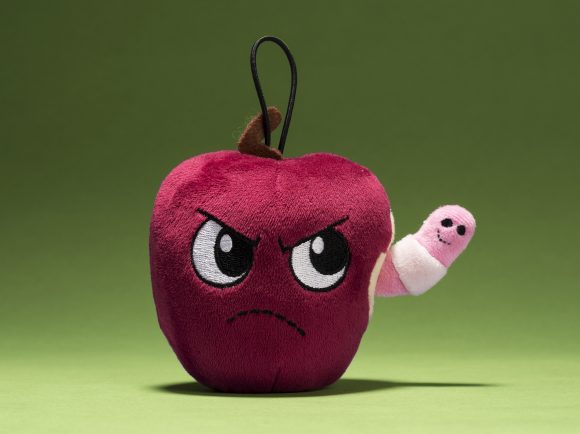