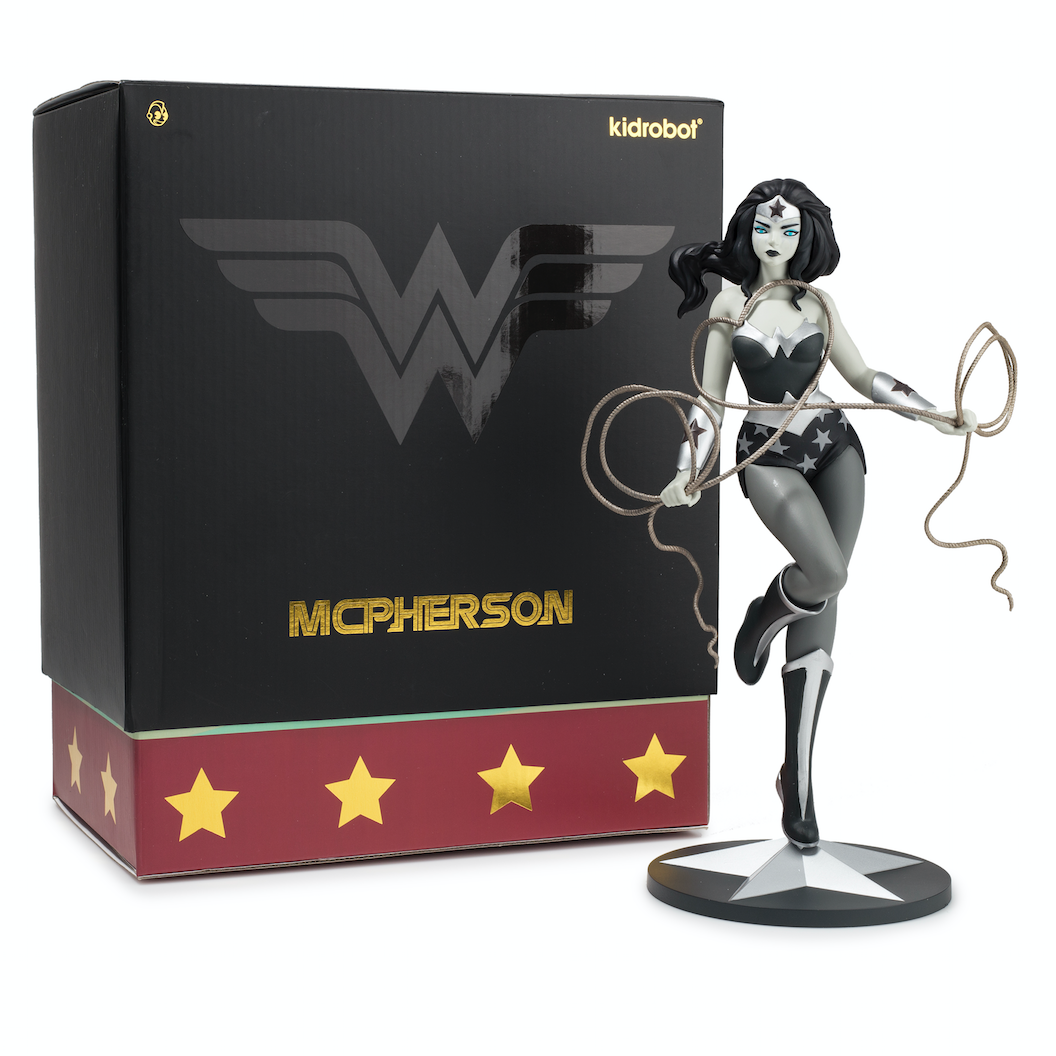 In political times similar to today, I think we all often wish that superheroes were true. If Kidrobot had to pick top three we know we would start with Wonder Woman. Here to speak a little bit about the Kidrobot … Continued

Here we have another awesome release post by our friend Chris Holt aka The Toy Viking! Will having one of these Justice League Dunny key chains from Kidrobot turn your wood paneled family wagon into a sleek crime fighting ride?  … Continued

OUR HERO! The Tara McPherson x Wonder Woman piece is officially available online at Kidrobot.com with a limited 300 pieces of the grey scale version. Want to know just a little bit more about the piece or the artist? We … Continued