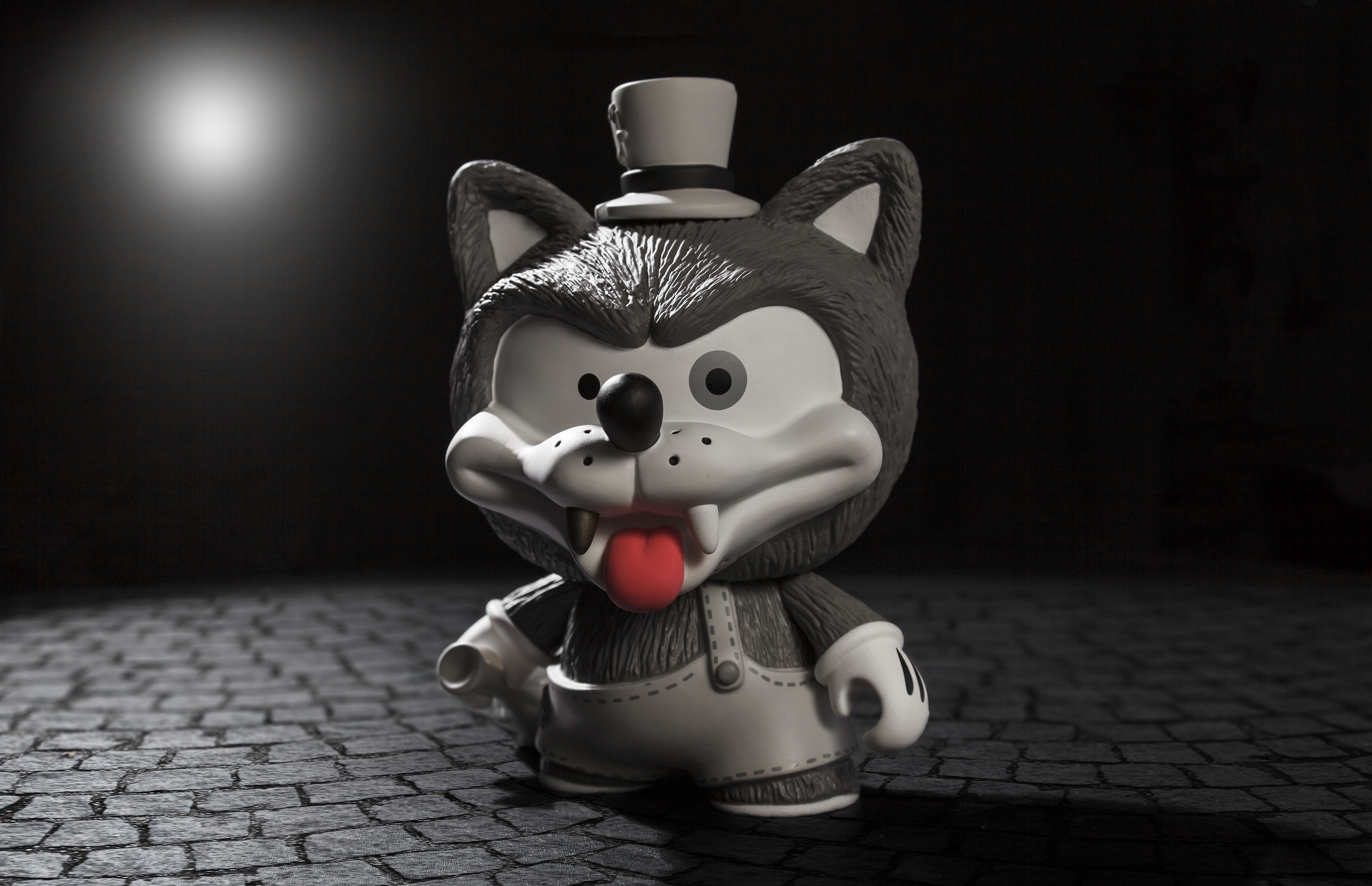 Another Throwback Thursday Blog by our good friend Chris Holt aka the Toy Viking!
Wolves get a terrible rap, especially in fairy tales, and we here at Kidrobot are trying to shine a light on this injustice.  You remember that wolf from The Three Little Pigs?  He destroyed two of their domiciles but allowed both of them to escape to the safety of their brother’s brick house.  Surely a wolf could outrun a pig, so there is absolutely no evidence that he intended them any further harm beyond a bit of home remodeling.  There is also the case of The Big Bad Wolf and Little Red Riding Hood.  Having been branded as “bad” from his youth, how did anyone not expect the poor wolf to act out in the way society had labeled him?   After falling through the cracks of a broken system, he was sentenced to death without the benefit of a jury trial.    How can we stand for such blatant conspiracies against these magnificent creatures?
This is Willy the Wolf from the artist Shiffa, and that is in no way shape or form a chicken snatching bag he is holding.  He has obviously started a ride sharing service in which he helps these needy yard fowl get to their destination of choice.  Not only is Willy an entrepreneur, but he is also a good citizen that we could all learn a thing or two from.  Utilizing the Trikky Munnyworld platform as his base, this six and a half inch figure is the perfect addition for collector’s who are smart enough to look past the untruths that litter our most beloved tales.  Open your arms to this misunderstood forest puppy and get HEY a 10% discount by using the code WWOLF online at www.kidrobot.com for reing the Kdidrobot Throwback Thursday blog! 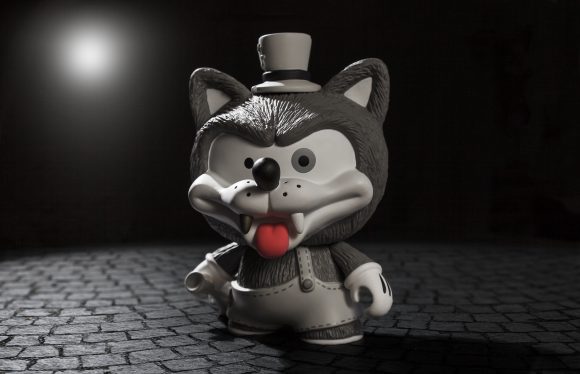