Howlin’ Hank is a werewolf, and although he occasionally craves human blood, he’s not a bad guy.  He has a job, a steady girlfriend, and always keeps a close watch on the phases of the moon.  Hank is the founding member of the Hair Club, a group of werewolves who not only party hard and run down hitchhikers, but do charitable work. Hank even poses as a therapy dog as a local children’s hospital once a month.  If you happen to run into him, just move slowly and let him sniff your hand.  You should be fine. 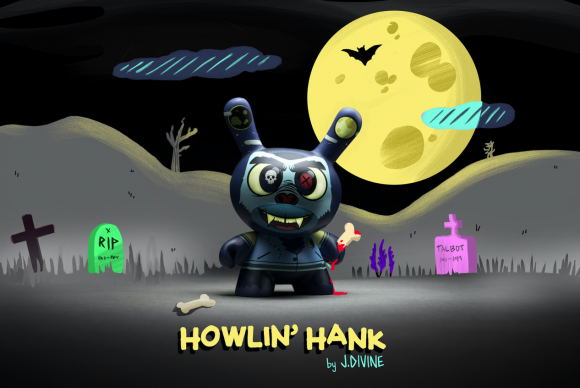 When we asked Josh Divine to be a part of the Wild Ones Mini Series, he was cool, calm and collected because the art game isn’t new to him. Be sure to check out the rest of Josh Divine’s work on his website: http://joshdivine.com/