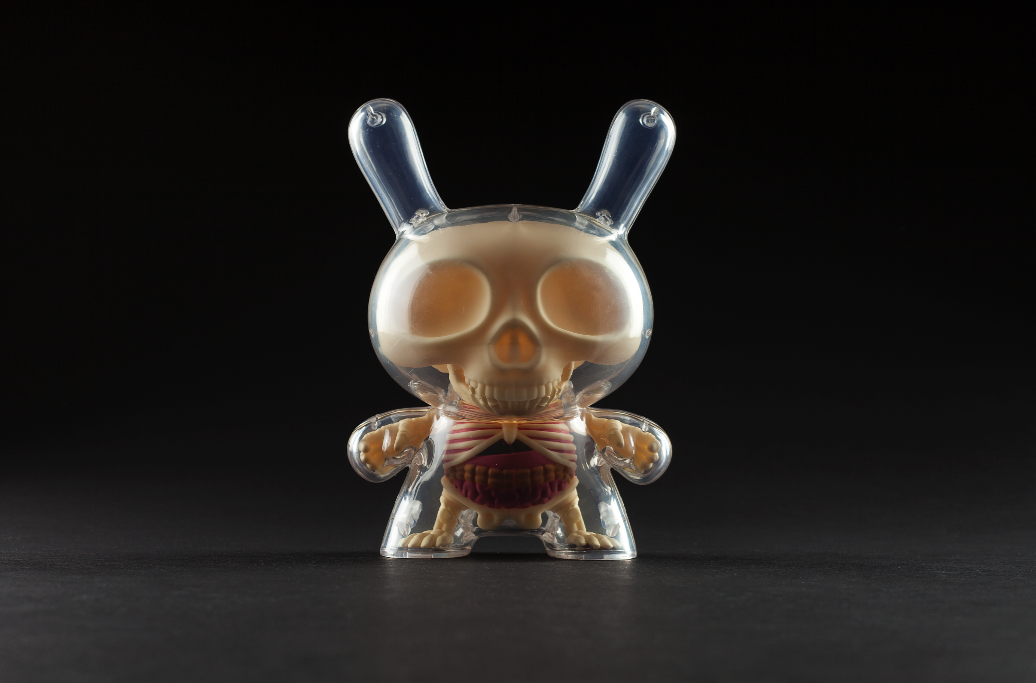 The Visible Dunny is a piece based on an illustration named “Visible Vinyl” that I created about 10 years ago depicting the inner workings of the Kidrobot Dunny.

The characters I am most inspired by are the ones with shapes that would create interesting skulls with grotesque skeletons and inner workings. The Dunny was certainly one of these characters. Early on in my dissection adventures characters like the Dunny as well as other DIY characters being produced was the foundation of what inspired me to start this in the first place. The Dunny was actually the very first character I dissected and sculpture form, although in a 3 inch size.

3)       What is your favorite design element of this piece?

I would say it’s the weight. When I first picked it up, just the weight and the quality of the outer shell was impressive, it almost felt like blown glass. As an industrial designer who loves materials this was a bit orgasmic.

I have four years of classically trained ballet under my belt.

Jason Freeny is a New York based sculptor and toy designer. Voted “2014 Artist of the Year” by Clutter Magazine readers, Freeny blurs the lines between toy design, art, science and teaching. Known for his iconic and ironic anatomical character dissections, Jason utilizes his industrial design prototyping techniques to create hyper-polished, hand made sculptures that are often confused as actual mass produced toys. Openly displaying his process and techniques in extensive work-in-progress posts on social media as online classroom. Born in Silver Spring Maryland, Jason studied industrial design at Pratt Institute and spent most of his early career in production, retail and properties design with MTV Networks and ESPN before going solo in 2010. Since 2006, Jason has been meticulously exploring the innards of some of our favorite characters. 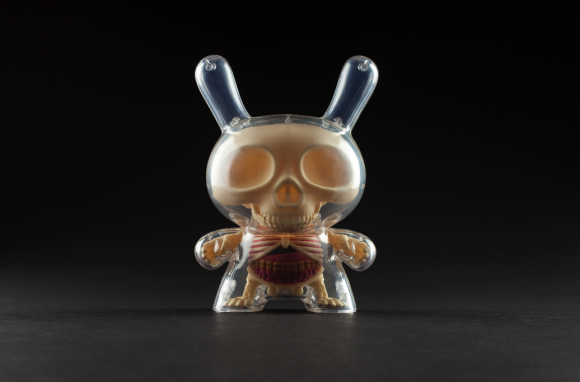