The Toy Viking on The Wild Ones – Kronk 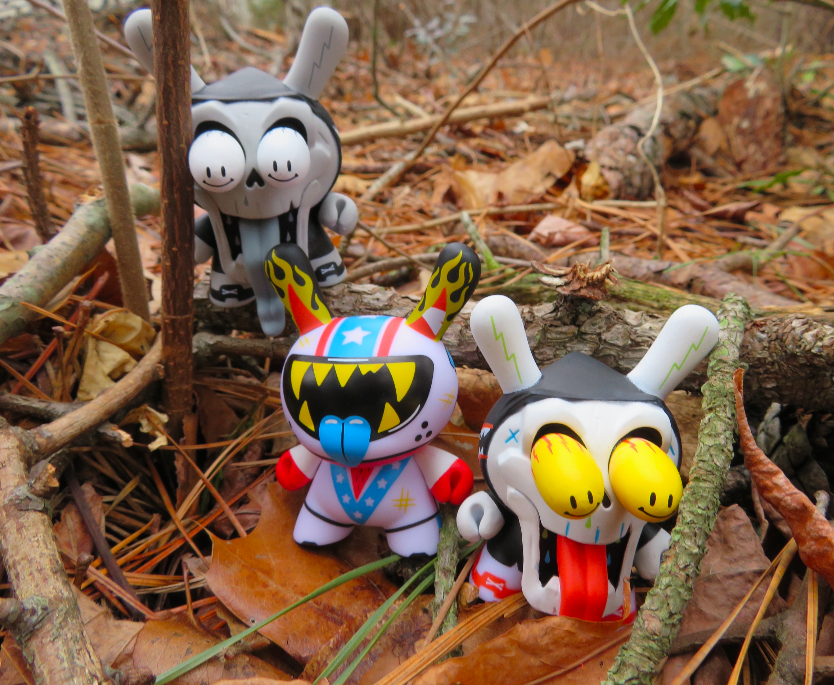 Continuing his story on The Wild Ones, The Toy Viking aka Chris Holt finds him moment with the KRONK Dunnys. As part of the upcoming Wild Ones Dunny Mini Series, here is what our good friend Chris Holt had to say…

Kronk returned the the Dunny fold late last year with his Christmas design and now boasts two offerings in The Wild Ones series.  First up, and possibly my favorite of the series that doesn’t involve farting, is based on a true American icon.  A daredevil that captivated audiences with little more than a motorcycle, a jump suit, and a medical team waiting to piece him back together.  One of his most famous stunts is actual one that didn’t go so well way out in Idaho.  I myself have been to Hell’s Canyon there (the deepest in the United States, even deeper than the Grand Canyon) and cannot express to you the intestinal fortitude it must have taken to attempt jump that thing.  Of course, he didn’t quite make it to the other side, but the fact that he got in a rocket car and floored it towards a skateboard ramp while facing almost certain death is a level of cool most of us can only dream of.

Kronk’s other design seems to be poking fun at those folks who buy in, literally, to the hype.  He’s clad in familiar looking gear that is reserved for those who love living beyond their means.  Me, I dress like I might have been in a coma since the grunge era, but every five years or so I just happen to be in style so there’s that.  I landed booth the full color and monochrome editions of this figure and I’m sure their trip into the forest for this picture was the first time anyone wearing clothes like this has ever been in the wilderness.  Might get some nature on their mint condition sneakers. 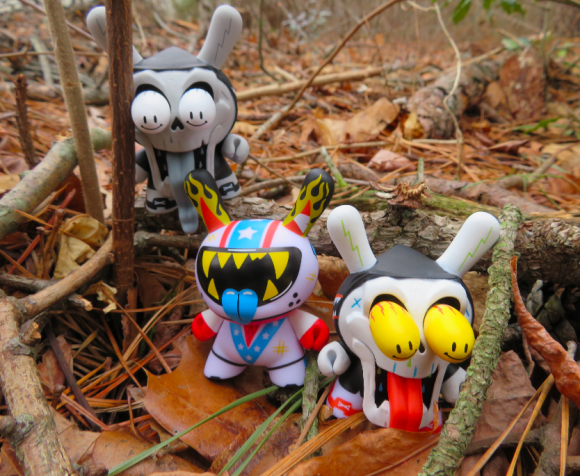 One design makes me want to go out and build a launch pad to the stars, while the other makes me happy my clothing taste doesn’t revolve around whatever is trending on social media.  Invite them both into your collection when The Wild Ones Dunny series releases on February 9th at www.kidrobot.com

The post The Toy Viking on The Wild Ones – Kronk appeared first on Kidrobot Blog.