Art is a funny thing…. it’s all up for interpretation and the way you see something is completely different than how even your best friend does. But one thing we all know to be the same is the creativity and excitement of Andy Warhol and his art..so we are more than proud to let our good friend and favorite Chris Holt aka the Toy Viking tell you about the new Andy Warhol Masterpiece 8-inch Dunny officially available online at www.kidrobot.com.

Kidrobot is paying the ultimate tribute to Andy Warhol by turning him into his very own Dunny.  It’s the highest honor they can bestow and is way more prestigious than any award you could win.  The fact that I do not have my own Dunny yet has not gone unnoticed and will be addressed at the annual company picnic and kickball tournament, but that is for another day.  Today we’re talking about the man who was as much an objet d’art as anything he ever created.  His statement about everyone being famous for fifteen minutes was an accurate prediction of today’s social media culture and by using everyday objects and celebrities as the focus of this work he changed the perception of what could be art on a mass scale.  Ok, now that I think about it I probably haven’t done anything quite as important to deserve my own Dunny, but how about a Labbit?  Please and thank you?

Now you can forever celebrate Andy Warhol with this Masterpiece Series Dunny.  Each one comes packaged in a special window box giving you options for how you choose to display it.  Do you take him out of the box or do you keep him safely encased and away from grubby little fingerprints?  The choice is yours when you pick up this limited edition figure that is available right now on www.kidrobot.com. 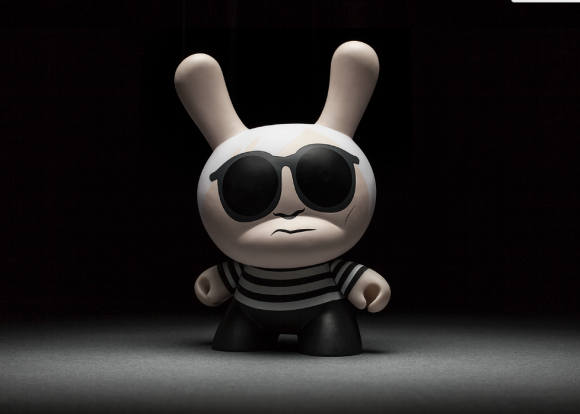