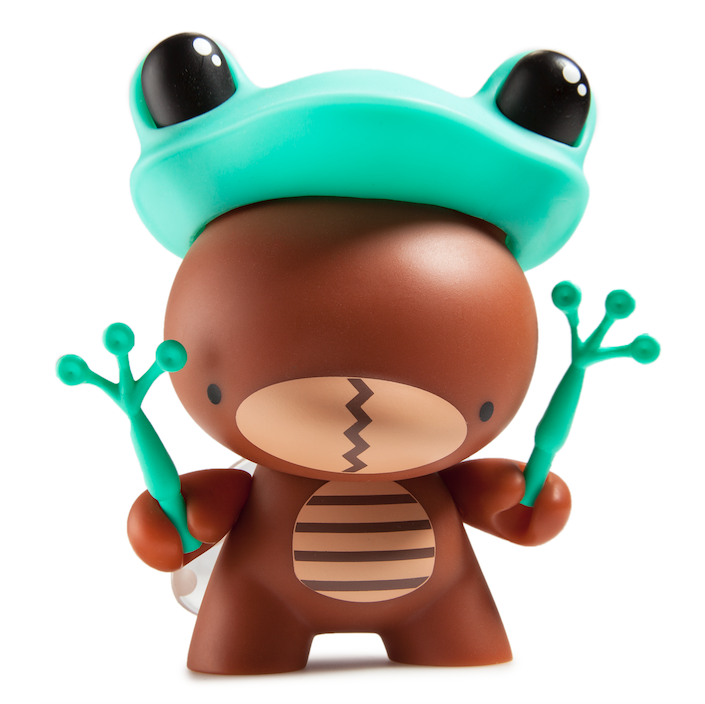 Ribbit! Ribbit! Kidrobot is taking a leap in a new direction with our recent collaboration with twelveDot! This new twelveDot Incognito Dunny puts an adorable twist on the Kidrobot Dunny while making a tribute to one of the most fragile life forms on the planet, frogs. Starting off as just an enthusiastic frog owner, twelveDot’s love for frogs soon became an artistic realm to raise awareness for all the endangered frogs of the world. As a pivotal link to our ecosystem, frogs, similar to humans need clean water and shelter to continue to thrive and play their role in the earth’s ecosystem. APO Frogs, short for apocalypse Frogs, redesigns the traditional concept and color of these loveable amphibians to create a new image through art. Teaming up with twelveDot and their line of APO Frogs, Kidrobot is setting out to prove how even the little things in life can make a big difference. Catch yourself a twelveDot incognito Dunny in our mint green color scheme on www.kidrobot.com. 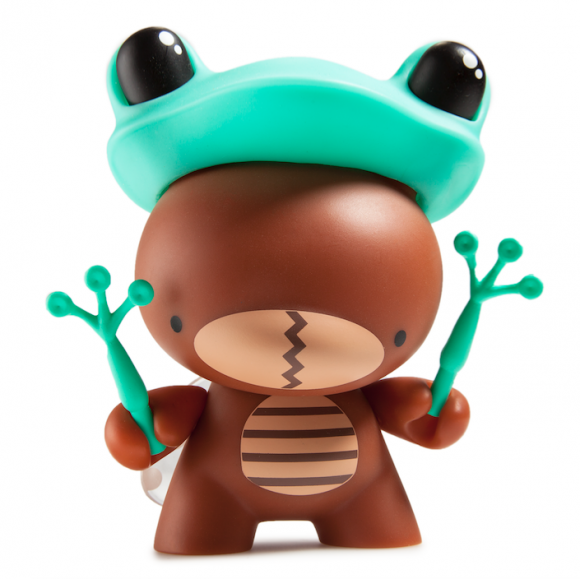 One warm day in the middle of the rainforest, a little bug wakes up on his leaf and imagines what life would be like through the eyes of someone else. Flying through the forest to the closest break in the trees, he overlooks the edge of the rainforest where the succulent green stretches for miles. Although this beautiful world is what he called home, the constant dangers of life still existed around every corner. He realized the only way to reimagine the world, was to first to reimagine himself. In an attempt to fool everyone for a day, the bug creature puts on an APO headpiece with the bright eyes of a frog! Flying through with his vibrant green colors of the rainforest, this sneaky Dunny gets to see what life is like when the hunted becomes the hunter.