Chris Holt aka the Toy Viking is here to tell you about the new  6-Inch Mad Balls Medium Figures that are available online now!!

What’s better than Madballs?  Freakin huge Madballs!!!!!  Kidrobot is bringing the classic gross out toys into new territories with these 6 inch vinyl collectibles.

These come in two different versions, one of which being the Kidrobot mascot who looks like he just got dug up in a horror film and is gonna make those pesky teenagers wish they didn’t disturb his dirt nap. Never, ever dig up anything in a horror film.

Each one also comes with an equally icky display stand so they can easily take the prominent place in your collection they deserve.  And so you can make them stare at your significant other from their bedside table while they sleep because there’s nothing like a good scare to ensure a productive morning.

Get em now at www.kidrobot.com 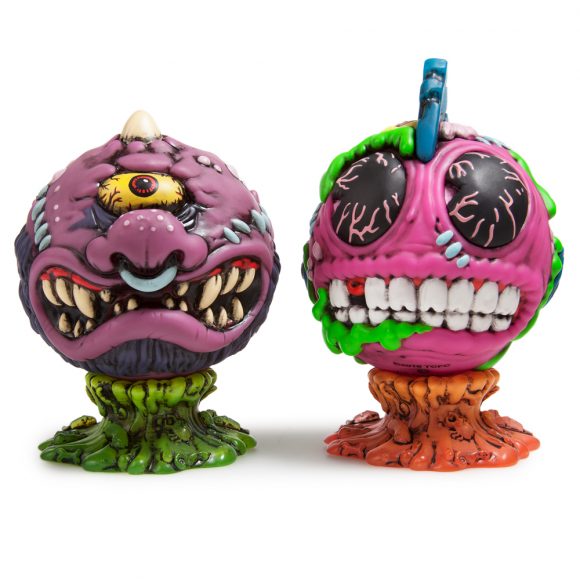