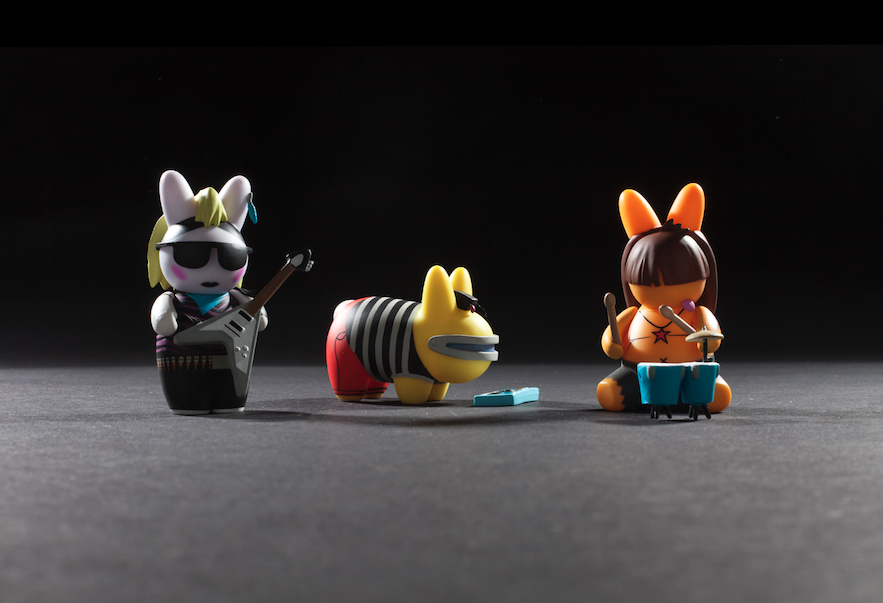 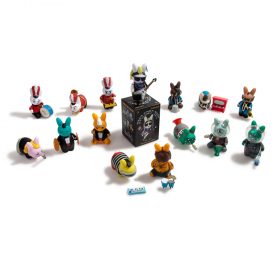 Chris Holt, aka the Toy Viking is here to tell you about the new Labbit Band Camp Mini Series that has marched its way onto www.kidrobot.com!

The words “band camp” invoke different feelings from different people, and thanks to Kidrobot it no longer has to represent misspent Summers learning an instrument that really wasn’t your first or even tenth choice. How come they never offer the bagpipes at these things?  Imagine how awesome your recital would have been if they let you belt out the opening of “Crazy Train” on ye olde pipes rather than “Mary Had a Little Lamb” on some pawn store flute that your Nintendo magically turned into.  Not that you wouldn’t have totally worked out all those feelings by now with the help of a caring professional.

Band Camp 3000 is totally unlike any other you may have been forced to participate in.  For starters, it’s just for Labbits, which I’m willing to bet disqualifies you.  Secondly, all sorts of genres are represented in this mini series; from jazz, to big band, to metal, so even your friend that likes Icelandic Death Folk will be pleased by their musical offerings.  Ok, that’s a stretch, cause that dude is never pleased. 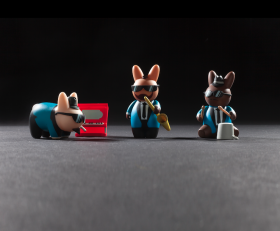 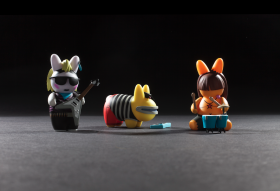