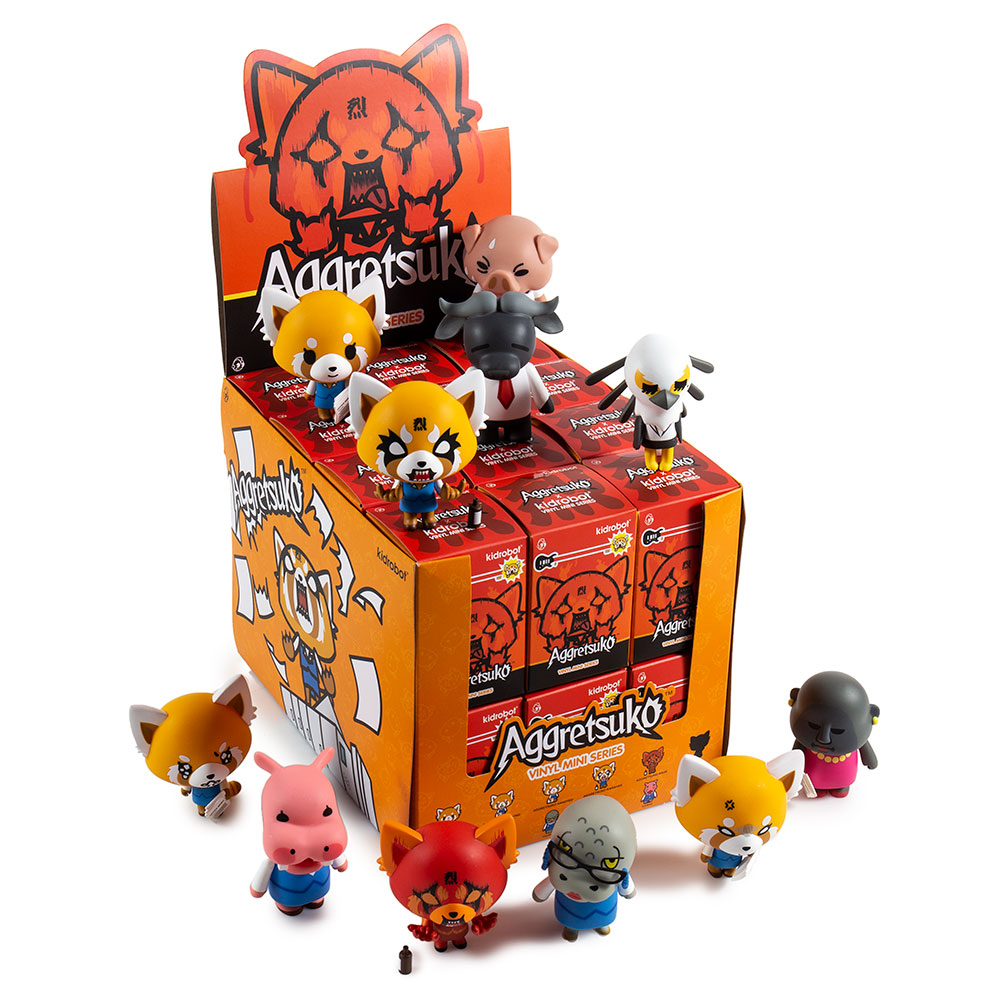 Hate the 9-5? So does she! Based on the popular Netflix series, Aggretusko, Kidrobot x Sanrio brings you the Aggretsuko vinyl mini series. Here to say a little something extra about this is our good friend Chris Holt aka The Toy Viking.

Thus far the Aggretsuko line from Kidrobot and Sanrio has focused on the death metal loving red panda herself. But her day job doesn’t make her life hell all by itself and anyone who has watched the cartoon knows that there’s an entire cast of characters involved. Now you can own them all as part of a new vinyl mini series that may or may not make you feel better about where you work.
If I was a betting man I would put my money on the fact that most people hate their jobs. Some of us ended up in our current places of employment because it was the only option we had, while some actually spent a lot of time and money going to school for a career not knowing how bad it would eventually suck. I’ve always thought it was dumb that colleges make you do your internships in your senior year, after you’re in way too deep to change it. Before you enroll in a major they should force you to spend time doing all the things you’re interested in. Say you dont know whether you want to major in criminal justice or interpretive dance: you’ll be able to try each career out for a month or so before you commit to paying back student loans for the rest of your life. You may find out through this process that you’re scared of guns or the only place that actually hires dance majors requires you to give them half of your tips. Now you’re free to explore other career opportunities to find the fit that’s right for you!
Of course Aggretsuko deals with the pain of corporate life by expressing herself through song, but maybe that’s not your thing. You know what makes me happy when I’ve had a bad day? Opening blind boxes!!!! There’s nothing like sitting on the floor with a pile of unopened toys like it’s your birthday. These would be perfect for that and you can stock up now at www.kidrobot.com.