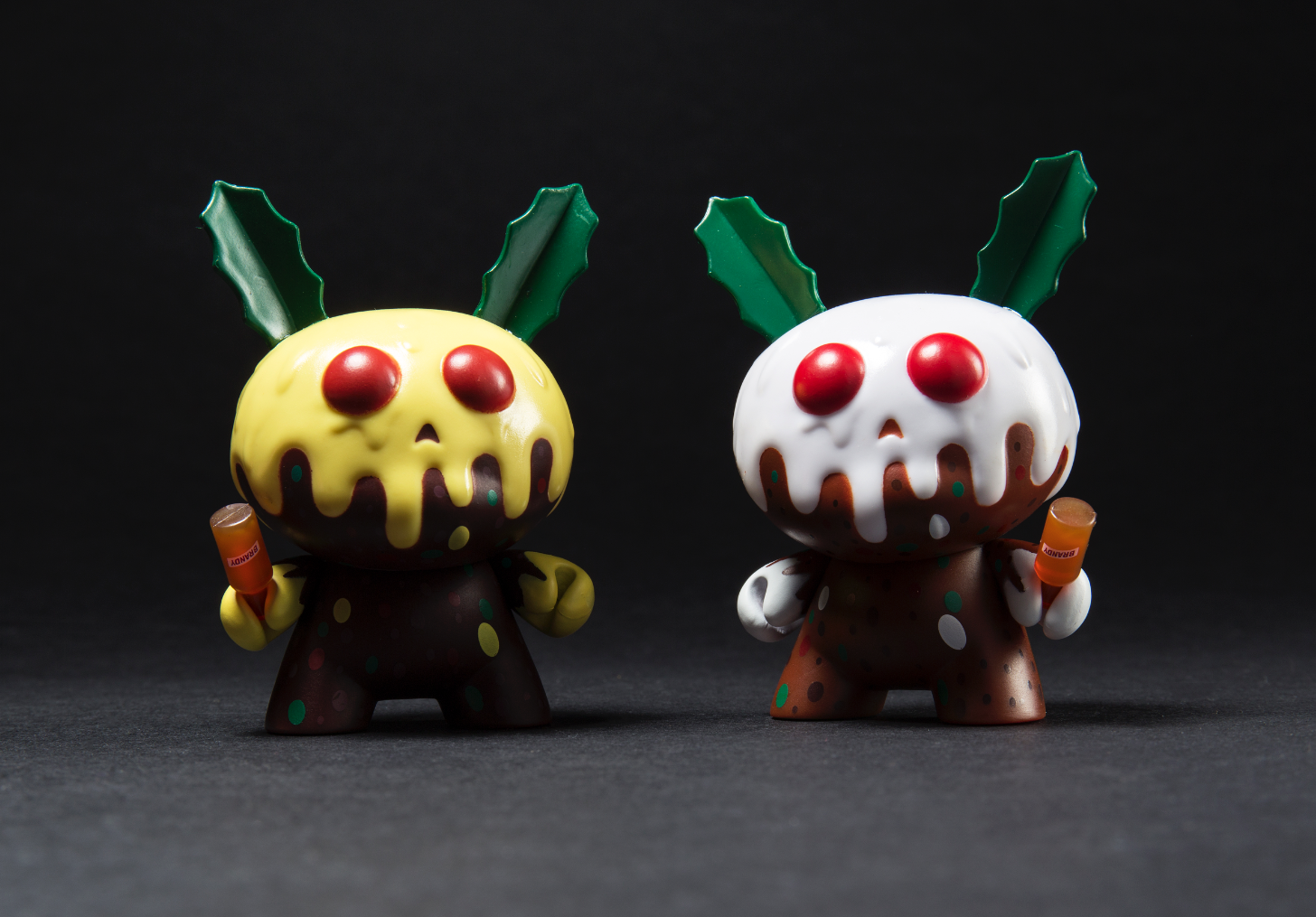 Ho ho ho holiday season. Its been less than 24 hours since Halloween so CLEARLY that means the holiday season has begun… and we decided to jump on it! Celebrate the (early) season with the new Kidrobot x Kronk Holiday XMAS Pudding Dunny Available Online Now at www.Kidrobot.com and here is more from our favorite, Chris Holt aka The Toy Viking!

Kronk is back and what better way to make a return than at Christmas with the official Kidrobot Holiday Dunny.  Imagine you’re having a conversation with your friend and it goes something like this:
You: “Hey I wonder what Kronk’s been up to.
Friend:  “I dunno man, I love that dude though.”
And then no sooner than he says it Kronk walks up behind him and slaps him in the head.  This Dunny is that slap.  Oh and your friend is totally fine, but probably shouldn’t fall asleep for a few hours just in case it actually is a concussion and not just him being dramatic as per usual.
Did you know that is some parts of the world pudding is not just a viscous substance that your mom put in your lunch box that would inevitably wind up thrown across the lunchroom?  Nope sometimes people call “dessert” pudding, but it doesn’t have to involve actual pudding and sometimes they can be savory as well as sweet and now I think I just confused myself and can’t remember the point I was trying to make.  Anyway, this Christmas Pudding three inch Dunny looks delicious and is making me hungry. Now I have something to blame when I gain weight from all those cookies and cakes and spiral cut hams with the brown sugar glaze and wow, that got really specific.  I love this time of year. 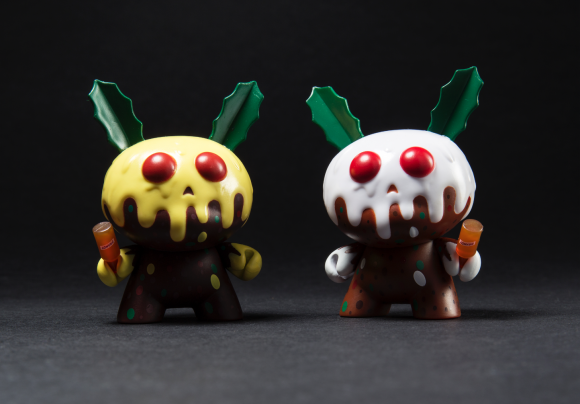 Pick one up today at www.kidrobot.com.  And pick me up some snacks.