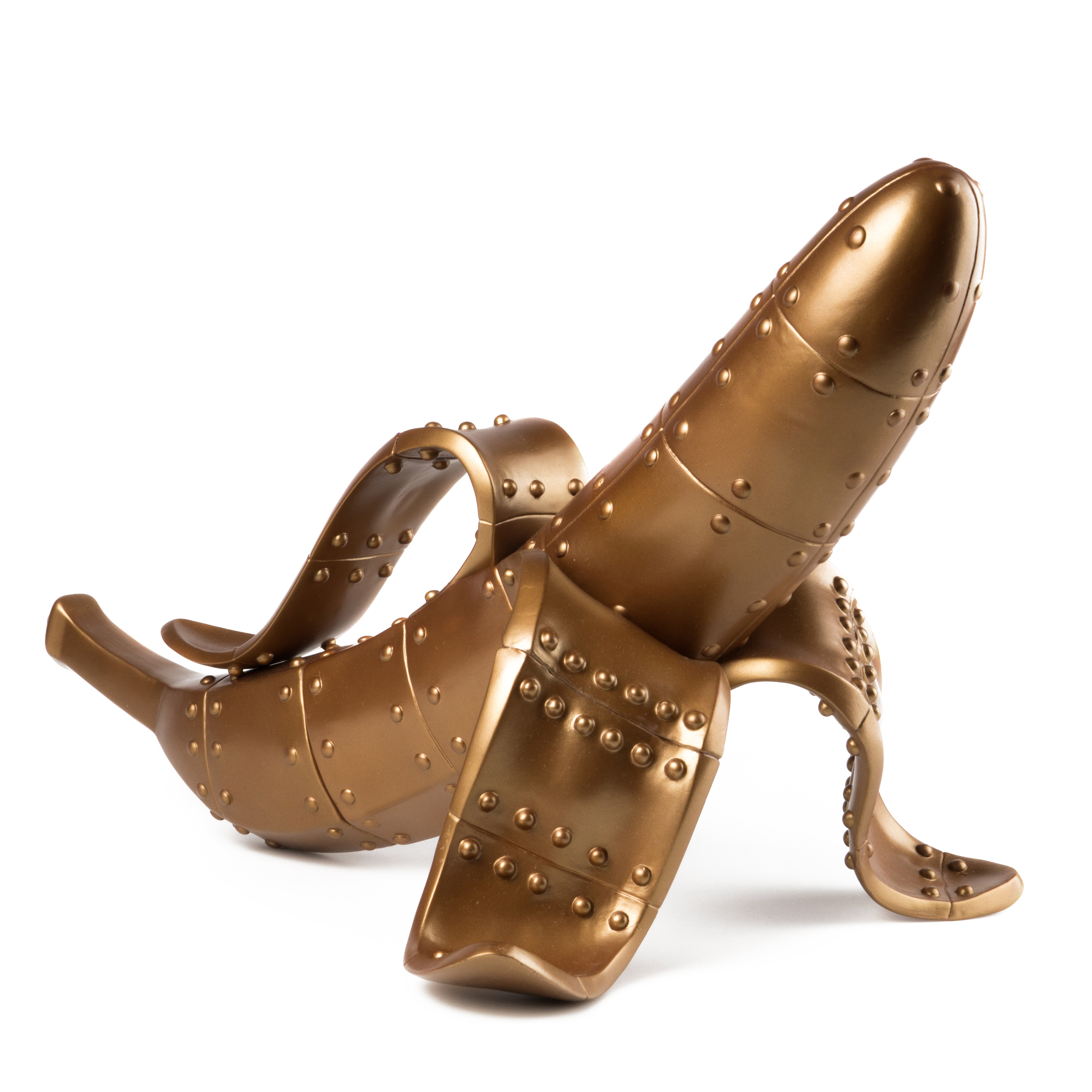 Spike your Kidrobot holiday collection with some of our artist limited edition drops this week including the Frank Kozik Mecha Banana Signed artist proof pieces. Here to comment on the appeal of these large black mecha bananas as the perfect holiday gift is our good friend Chris Holt aka The Toy Viking…

Christmas morning will be a whole lot more interesting if you have a Mecha Banana wrapped under the tree. Well, it will be more interesting if you remove it from the box THEN cover it with wrapping paper, because surely no one would be able to guess what it is you got them.  And their attempts to will make great posts on all of your social media accounts, so make sure you have the camera rolling so you can go viral.
Frank Kozik’s potassium laden pop art is sure to please the designer toy collector on your list and Kidrobot even had the man himself sign them.  That’s right, we put him to work signing each an every one to create the most unique gift anyone could ever want. Or heck, get one for yourself to really pull the design of your living room together the way that velvet wolf and eagle painting failed to.  We’ve all been let down by velvet art before, it’s nothing to be ashamed of.

The only way to get these Mecha Bananas signed by the Zeus of the American vinyl toy pantheon is by going to www.kidrobot.com.