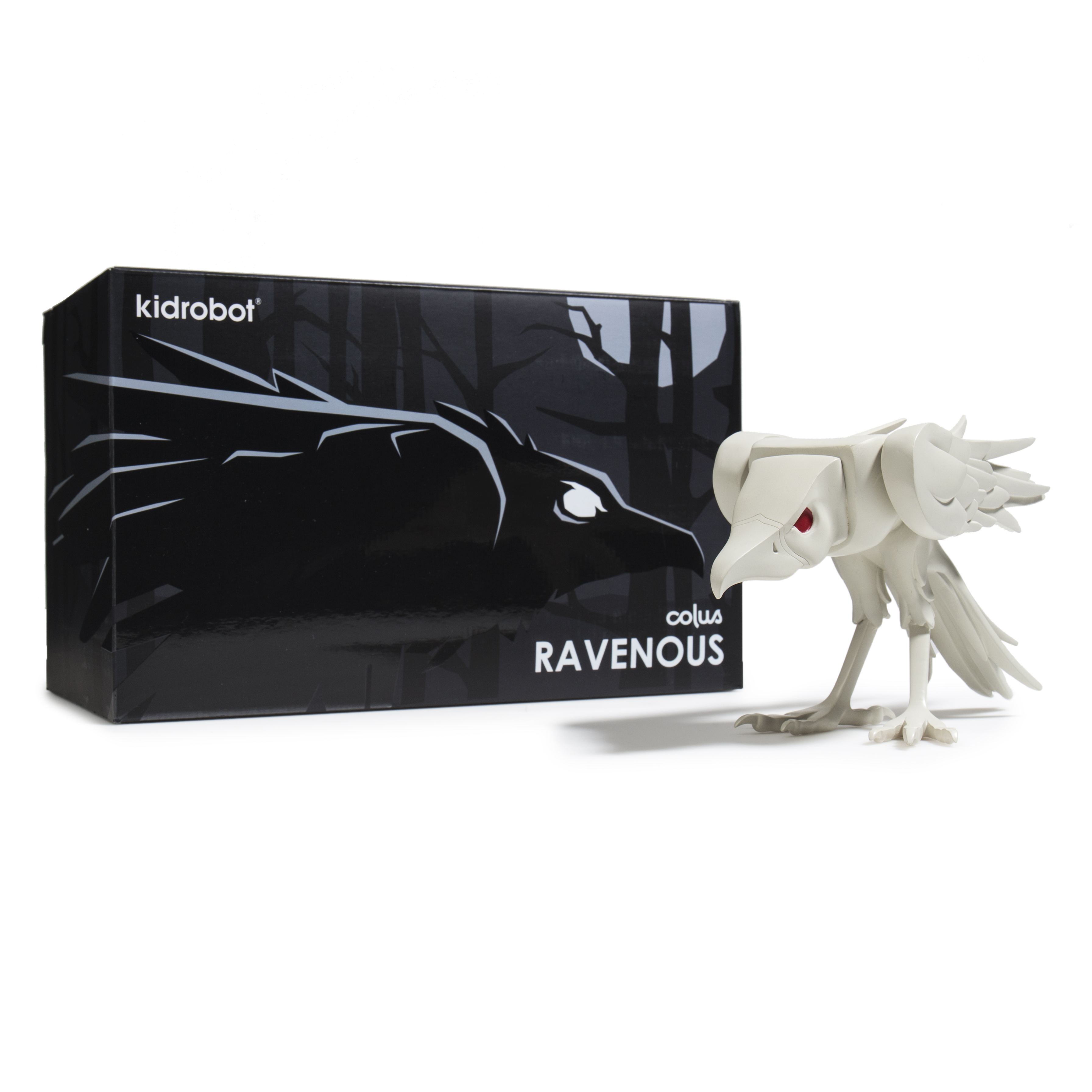 Happy Thursday! Almost completed another week… to celebrate both endings and new beginnings here we are with another blog by our good friend The Toy Viking aka Chris Holt about our previous release, The Ravenous in excitement for tomorrows NEW release of colus’s Jumper. Give it a read….

Ravens are looked at in various ways across the world and Kidrobot and Colus are adding to their storied history with this  Ravenous figure.  Here’s some things you may not know about these mysterious creatures:

–  In Norse mythology two ravens, Thought and Memory, travel around and return to Odin to tell him everything that is going on in the world.

–  At the Tower of London it is believed that if there are not six ravens residing there at all times than England will fall into ruin.

–  Other cultures view them as bad omens and harbingers of death.  In reality they are highly intelligent birds from the corvid family that also includes crows, magpies, and jays.  They are great puzzle solvers, form life long friendships, and can remember a human face for two years.  Which is impressive to me because I can’t remember what I had for lunch yesterday.

On a trip to Yellowstone last year we had parked the car near one of the many thermal features along the road and decided to eat lunch.  No sooner than we had opened our meals then a huge raven flew over and sat by the car.  He hopped around our open doors and began squawking at us to share.  I threw him a few bites of granola bar, each time bringing him a little closer then before.  After a few minutes of this I loaded up my hand and offered it to him and he ate directly from it.  Ravens and crows are my favorite birds, so being able to have such an encounter with one in the wild was amazing.  We’re pretty much best friends now.  What’s really cool about feeding him was that he would fill his throat with as much as he could, then he would fly away to stow it and return for more.  Afterwards I learned that they will collect food for their entire group of friends and then they divide it equally.   If one takes more than his fair share he will be kicked out and on his own.  And then he will probably go on to write a country song about it which no one needs right now.

This figure is the perfect way to bring some of their mystique into your home without having to lay newspaper down on everything you own.  Expertly designed and sculpted by Colus himself and extremely limited, each figure is made of resin and features a look that will have you wishing you knew what was on his mind. 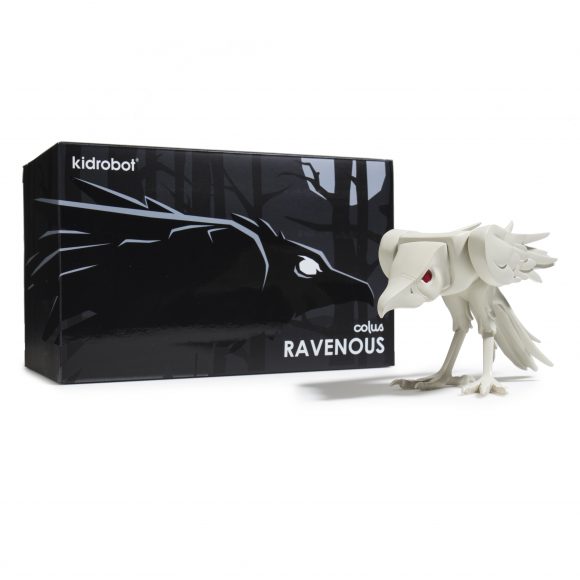 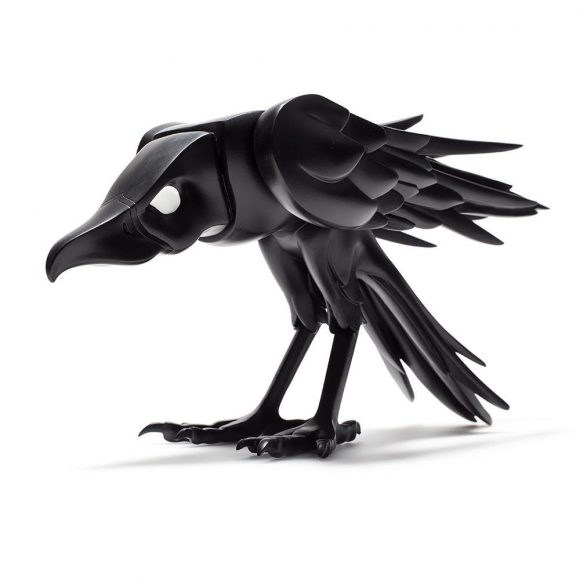 Available now in both matte black and Kidrobot exclusive white, you can find them both at www.kidrobot.com.