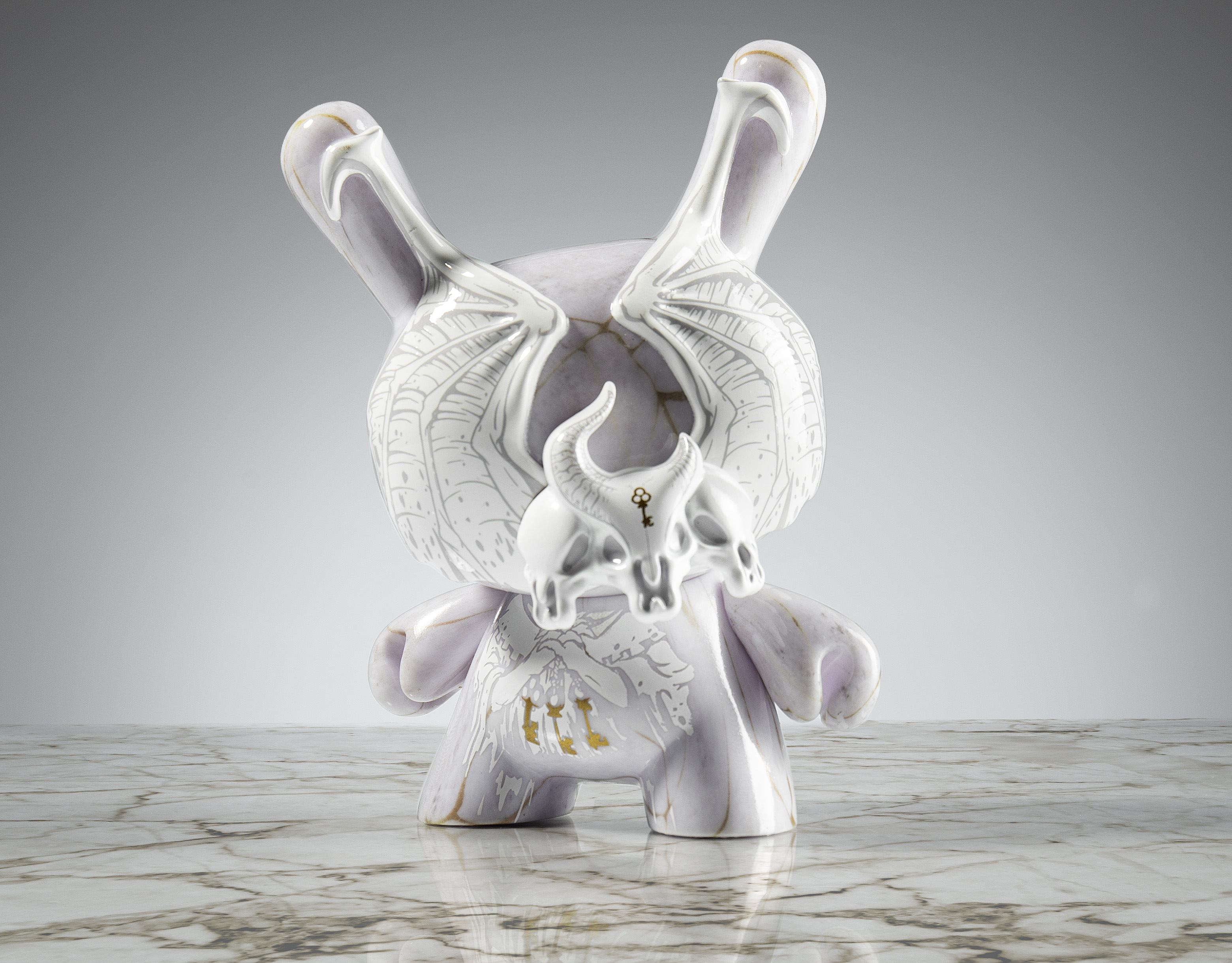 Kidrobot is proud to announce the first of many mysterious releases from the world of Arcane Divination. Today, we release the 5-inch Azazel Dunny by artist, Jon Paul Kaiser. To talk a little bit more about this release is our good friend Chris Holt aka The Toy Viking.

J*RYU’s expertly curated Arcane Divination for Kidrobot has grown beyond the original Dunny series for which it was conceived.  It has taken on the breath and the heart beat of life as it continues to morph our perceptions of light and dark.  As the lines blur new creatures make their way into being, such as the fallen angel Azazel.  His name is found among the Dead Sea Scrolls as a corrupter of mankind, introducing us to his defiant methods before being bound in darkness until the end of days.  Dude really should have hired a lawyer and he probably could have gotten off with a fine.

Jon Paul Kaiser’s custom work is some of the most sought after in the entire designer toy world and here he uses his signature black and white style to bring this ancient demon to life in Dunny form.  This five inch vinyl figure features three dimensional elements that look ready to break free from their constraints and continue the evil he began so long ago.  I heard he’s the reason some men wear flip flops, which is the worst type of abomination if you ask me.   No one wants to see your gross hairy toes.

Continue the saga of Arcane Divination now at www.kidrobot.com.