Ahhhh Yeah, its Thursday which means that we are close to Friday! Hell yeah! But it also means that it’s another Throwback Thursday Post by the one and only Chris Holt aka The Toy Viking… what will it be?

No, the Nightriders from Nathan Jurevicius and Kidrobot are not a motorcycle club comprised of people whose eyes are overly sensitive to daylight, despite how their name sounds.  They are indeed nocturnal though, as these bird spirits like to operate under cover of total darkness.  Which makes  sense to me, because I think any type of ghost would be pretty hard to see at high noon.  The sun would just wash them out and you wouldn’t be able to gaze upon their magnificence/have the crap scared out of you quite as easily. These dudes seem less likely to be in the haunting business as they are the revealing magical secrets of the universe…business.  That’s one job that is completely recession proof, so if you’re thinking about going to college you might want to look into it. 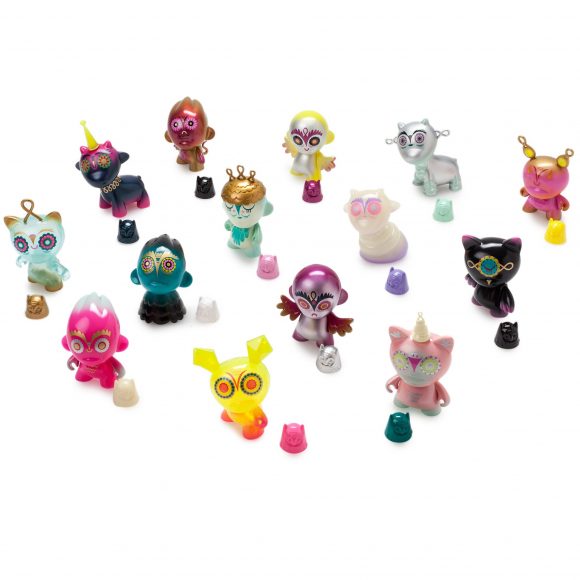 This mini series has a few different characters from the Munny World realm and whichever one you happen to get in each blind box will add an undeniable uniqueness to your collection.  They’re available now at www.kidrobot.com.