Yukky World is bulked up and ready for release! Chris Holt aka the Toy Viking is ready for explain the inside scoop on Leif Spinach.

While he may be known for helping you get really strong, Leif Spinach can’t even take advantage of his own minerals to go workout at the gym or save a damsel in distress.  That’s because he was born without muscles.  He’s a just a tin can filled with greens that do him absolutely no good.  Yeah, he wishes he could body slam you for looking at him sideways but he’ll have to be content knowing that most people would rather eat a hot dog than go anywhere near the nutrition he’s packing.  Lucky for you he doesn’t have arms or there would be a mean headlock coming your way! 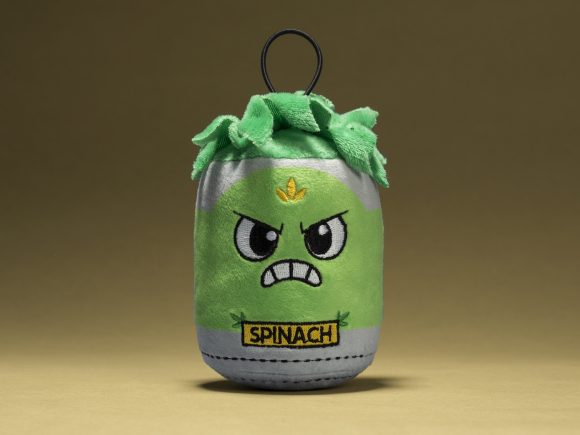