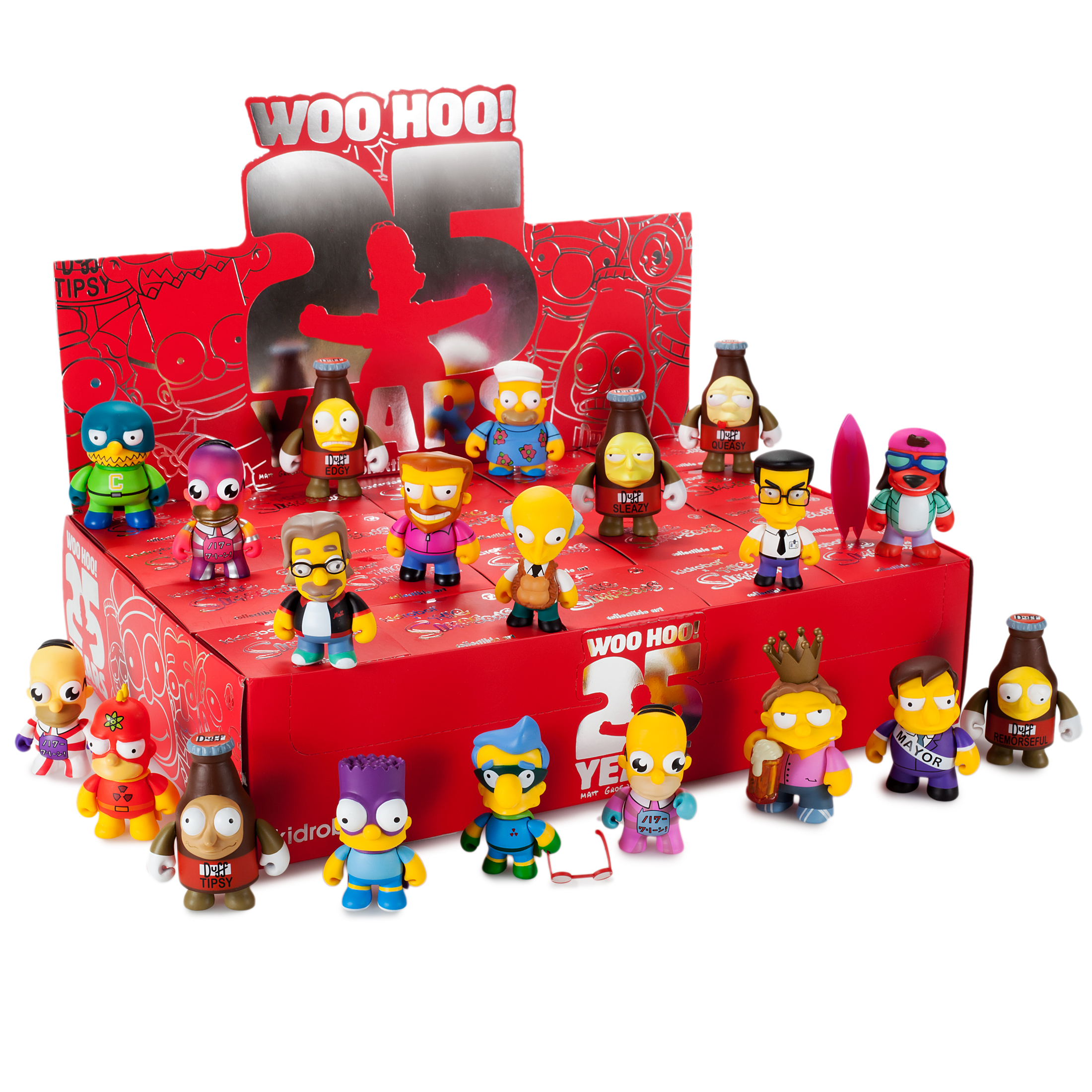 Throwback Thursday..except this time we mean it. Not only have we had this series sitting on our shelves for quite some time but I think we can all agree that The Simpsons are a fan favorite and have been for quite some time. Chris Holt aka The Toy Viking can totally agree:
Can you believe The Simpsons have been around for 25 years?  I won’t tell you how old I was when the show debuted, but let’s just say I’ve seen a lot of those older episodes the first time they were aired.  A show doesn’t stay on tv that long without being really well made, and the writing has not only been clever but has accurately predicted many events.  From phones with video capabilities, to robot librarians, to even the outcome of the presidential election, they’ve not only had their finger on the pulse of society, but they’ve been quietly dictating our future.  That kind of makes it seem pretty sinister, like there’s a secret Simpsons cabal that rules the world.  If you don’t hear from me again, you know I got too close to the truth.
Twenty five years is nothing to sneeze at and Kidrobot has commemorated that event with a special edition blind box series.  Featuring tons of fan favorites, this mini series is a must have for any Simpsons fan out there.  Available now at www.kidrobot.com, each blind box retails for $11.99. 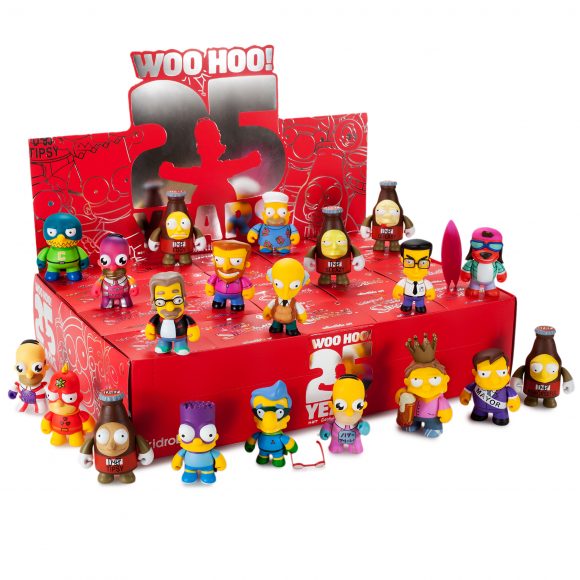