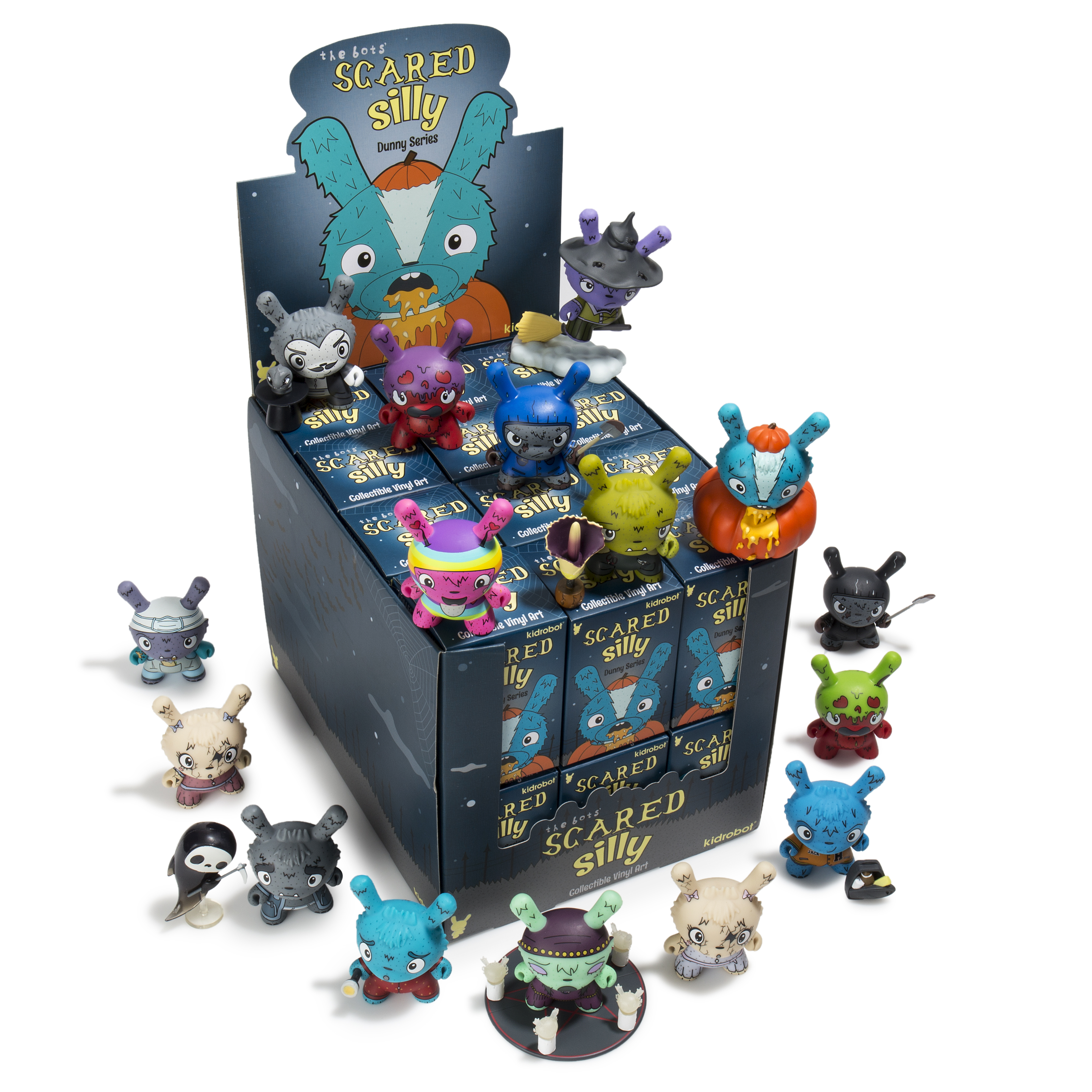 October is the perfect time of year. The weather (at least where we are) is the the only time of year you really feel like mother nature might exists. It’s also the best holiday of the year! Halloween! So we were more than excited when we talked to The Bots to create this super cute and spooky series that releases tomorrow, Friday 13th, 2017 on Kidrobot.com. We asked them a few questions about the series so our readers could get to know the series a little more…. here we go!

1) What was your first piece with Kidrobot?  The very first piece we ever created for something Kidrobot related was a custom Munny for—get this—Tales From the Sneaky Crypt, a Halloween themed custom show at Kidrobot London! Our first Kidrobot production piece was 5 years later when we released a set of Dunnys as part of the debut DTA Dunny series.

2) What do you love about working with Kidrobot?  Specifically we loved working with the team that was assigned to our project. We asked a lot of everyone to help bring our vision to life and every person we encountered was so pleasant, talented, and accommodating. Without their knowledge and help, we would have never been able to achieve some of the cooler things we placed in the series.

3) This series is cute (and spooky)  do you believe in ghosts?  We absolutely believe in ghosts! In fact, we even have photographic evidence of a first-hand ghostly encounter. Spooky, huh?
4) How would you describe your artistic style?  Our style could best be described with the 3 C’s: cartoony, character driven, and colorful. Add in a bit of humor, a strong story, and some attitude and it’s hard to mistake a piece made by us.
5) What was a challenge you had with this series?  One thing that we knew we wanted to do was push the limits of what could be considered a “prop.” The biggest challenge to this being that everything still ultimately had to fit inside the blindbox when produced. Due to this, we didn’t even bother submitting some designs because we knew that logistically it would be impossible to make them fit. Ironically enough, a few of the designs that made the final cut still had to be verified mathematically to be sure they could be squeezed into the box.
6) What’s a favorite thing about this series? That it reads like a story and was specifically designed with world building in mind. Each piece was included for a reason and often plays out as a cause and effect off of other characters and props. What makes the series really special to us, though, is that we hid all sorts of pieces of our lives in the series to give it that extra special touch.

7) what’s something your fans might not know about you?  That our last name isn’t Bot! Gasp!

8) What is your favorite thing about the art/vinyl toy world? The best part of the scene is without a doubt the community. We have made so many friends over the years that range from collectors, to artists, to gallery owners, and production companies. The scene is so niche and everyone is extremely passionate and it seems we meet new cool people on a daily basis.

GWP ALERT!!! The first 50 people to buy 24 units at kidrobot.com on Friday the 13th get an exclusive Gift With Purchase dunny!!! 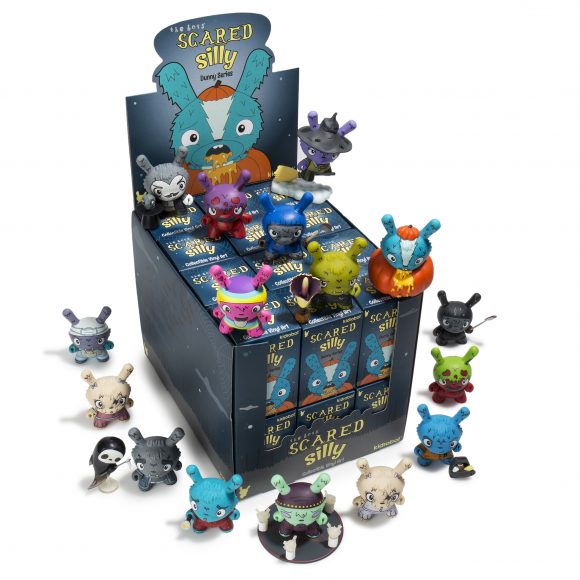