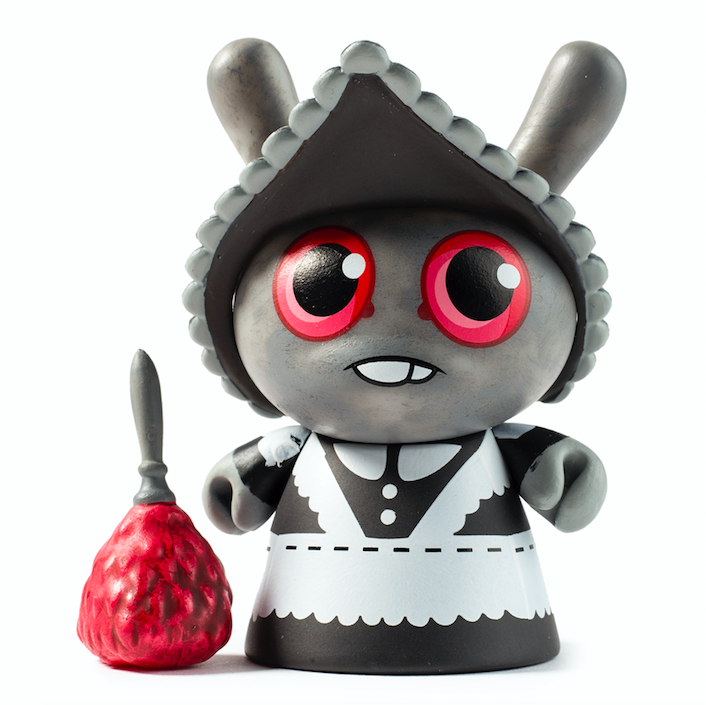 Female artist Amanda Louise Spayd is probably one of the nicest creatures you might meet at any toy convention. We say “creature” because it has become more and more rare to find humans as wildly creative and thoughtful as her. As part of the upcoming Kidrobot Dunny Mini Series release of the City Cryptid, we decided to ask her a few questions about herself and her piece, she what she had to say!

What does ART mean to you?

To me personally, it’s definitely something I can’t NOT do. I feel like it creeps into every corner of my life. If I’m not doing art for my business, I’m fussing over curating one of my collections, or making miniatures, or thinking up how to decorate for a theme party, or putting together color palettes. It’s my way of organizing elements of the world into how I most comfortably experience them.

Tell us the story about the original Dust Bunnies!

The Dust Bunnies were more or less born accidentally. I wanted to teach myself how to sew, so I started sewing these little critters out of felt, all by hand. Soon those critters had glass eyes glued to them, and then eventually they evolved to have clay faces sewn on. At some point I got ahold of some porcelain teeth and decided to put those on the clay faces. These early pieces were pretty grotesque…but over the years they’ve softened into what they are now.

Have you always been attracted to “cute” things? (in toys of course)

Yes and no. When I was younger I was attracted to a much darker aesthetic – horror, dark art, goth clubs, that kind of thing – but as I’ve gotten older I’ve definitely started gravitating toward cuter stuff. At this point I still drift toward both, but much more on the cute end of the spectrum than I used to be. I definitely want to create cuter things now, as opposed to my younger self.

What artist do you look up to and why?

This is going to sound SUPER corny, but I actually really look up to my husband Chris (Ryniak). He works so hard and is always thinking about different ways to grow and expand and diversify. Admittedly sometimes it drives me a little insane, but I really respect his drive and ability to work through the “not feeling it right now” and just keep plowing through until it gets done. Other people see the finished product, but I get to see the non-glamorous stuff behind the scenes and I think it’s actually more inspiring.

If you were a character from The Wizard of Oz, who would it be and why?

The tornado, for two reasons. First, my brain is like a swirling vortex of anxiety, worry, and feelings I don’t know where to compartmentalize, and second, I was absolutely terrified of tornadoes, pictures of tornadoes, tornado warnings on TV, storm warnings, high winds, and the Emergency Broadcast System for most of my childhood. So I’m going to claim it as my own now. Take that, tornado!

Tell us about one of your scariest childhood memories

When I was maybe 10 or 11, the neighborhood kids and I used to play “Ghost in the Graveyard” during the summertime after the sun went down. I have no idea why we called it that, because it was just hide and seek in the dark. Anyway, we used to really get into it, and try to be as stealthy as we could be, and hide as well as we could. It got to the point where we were all wearing black clothes like ninjas so we could hide in the shadows, it was super fun. One night these boys I didn’t know were playing with us, and I was standing in the dark corner of my neighbor’s clubhouse, obscured by the dark. This one kid comes in and says “I know you’re in here, you’d better come out” and started kicking the corners of the clubhouse, HARD. It got to the point where my corner was the next one he was going to kick, and I just stepped out and said “you found me”. I was so scared. Also that kid was an asshole. I hope he grew out of it.

Who is your hero?

I don’t think I have one? Is that weird?

What’s it like to be a female in the vinyl art toy world? (which is slightly male dominated)

You know, I’m so used to being the only girl in a group that it at this point it just seems normal. I honestly haven’t had any bad experiences in that regard – I’ve always been treated like “just another artist”, which I think speaks a lot about our toy scene! I’m sure just like anywhere there are pockets of negativity, but honestly I have friends in the art toy world both male and female, and it just sort of feels like we’re all artists first, before anything. Most of the time it’s your work people see first, not you, so they get a chance to form an opinion before they even know your name.

Tell us about Flatwoods Monster. What is his/her name? What’s their personality like? Why is the character dressed in that? Etc.

Supposedly the Flatwoods Monster is a very tall being with glowing eyes, a long skirt, and this black, spade-shaped head, so I turned that head into a spade-shaped maid cap.The only name I gave this one is “Flatwoods Maid”, since that’s their chosen profession (hence the maid cap, feather duster, and little apron). I like to think that despite looking frightening to us, wherever they come from is a place where neatness and cleanliness is really valued. So their fastidious nature can really shine in the hospitality business, making sure everything is spic and span.

Where did the Flatwoods Monster originate from?

Braxton County, West Virginia, in the early 1950s. Apparently a group of boys saw a very tall figure with glowing eyes in some kind of hood or cape in the woods at night. It made a “hissing sound” and rushed at them, causing them to drop their flashlights and flee. As far as I know that was the only encounter with this creature ever documented.

Where would the Flatwoods Monster live if we decided to accept monsters into society?

I mean, they already tried West Virginia, which turned out to be a total bust. Perhaps try somewhere less rural, and with fewer easily-spooked kids with vivid imaginations. They can come to Cleveland, I could honestly use some help in the studio.

What does your workspace look like? Why do you feel safe to create there? (post script if you have a photo of that to send- bonus points for sure!)

My studio is totally full of stuff that I either use to create (I get inspired by materials and tools all the time), or things that I collect and like to surround myself with. I collect a lot of antique toys and miniatures from old doll houses. I love the softened patina that age gives them; it’s all harmonious together. It feels safe because it feels like my space – like I belong there. 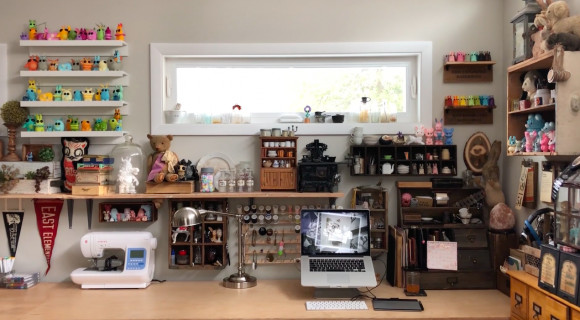 Honestly the life lesson I (try to) live by most is that the only thing you can never get more of in the world is time. If you waste it, you’re never getting it back, so spend it well.

How do you think toys make a difference in the world?

There’s a lot of darkness in the world…I guess my way of talking about it is to focus on making creatures that look like they are innocent and need to be protected and taken care of. I don’t think there’s anything wrong with taking a moment to just be happy about something. It’s not ignoring the important or serious things in the world, but as humans we are sentimental, emotional, creative beings – we have to nurture that side of ourselves or we will just empty out.

Is this your first toy with KIDROBOT? How does that feel?

It is! I’ve always liked the Dunny platform and have customized several over the years, but this is my first production piece. I’ve always wanted to do one, and now I have, it’s great.

What did Scott Tolleson say to you to get you to be a part of the Kidrobot x City Cryptid Mini Series?

“Hey Amanda do you want to be a part of this mini series”. It obviously took a lot of pleading and negotiating. 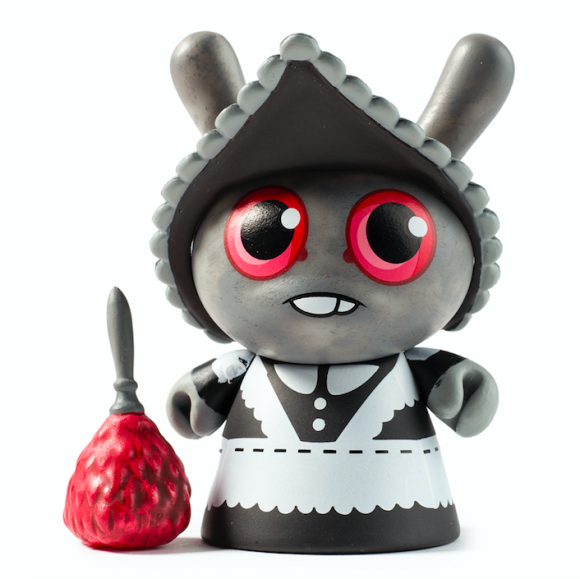