Bringing back your favorite Kidrobot throwbacks is our good friend Chris Holt aka The Toy Viking. This time he has a little something to say about the 18″ Dunny lamp... check it out!

The Kidrobot Electrical Engineering Lab could have easily phoned it in and made a giant Dunny that simply glowed a basic white and lit up your entire room. It would have been cool, but it could have been so much cooler. They always play it safe around electricity but never with design! So instead of a mere Dunny to provide the light you need to write your memoirs, they took their flagship figure and loaded it with color changing abilities. And because there’s nothing worse than interrupting your comfort, it also comes with a remote control. If this were a late night commercial that would have been the point the announcer said “but wait, there’s more” but since my production budget mysteriously remains at $0 I have to use my words to set the scene for you. There were gonna be dancing cats, but you’ll have to imagine those too. 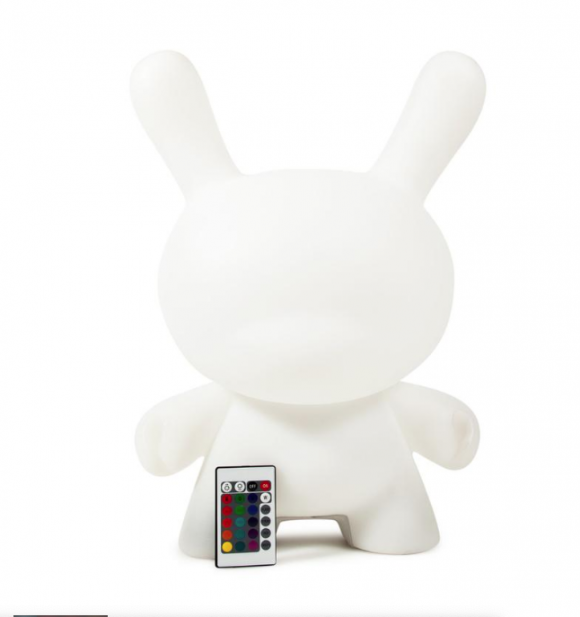 Now changing your mood lighting is a easy as changing your mood. Of course, some people can change their moods a little too easily, but that’s another issue all together. One thing that will never change is how much you’ll love having one of these 18 inch figural lamps in your living space. Get one before they’re gone forever atwww.kidrobot.com.