The new  Yummy World is here! The Medium and Small Yummy World Plush have landed on www.kidrobot.com for all your soft and cuddly needs. Even Chris Holt aka The Toy Viking is excited about it… check it out!

Celebrate the world of delicious food with these uber soft Yummy World characters from Kidrobot.  You know what I was just thinking was weird?  How there’s certain food that’s called different things depending where you are in the US.  For instance, I would call a carbonated beverage a soda, while other folks would call it a pop.  Or here’s a weird one:  Have you ever heard of water ice?  Besides being an oxymoron it’s also only called that in the North East, while everywhere else it would be known as Italian Ice.  Now you’re more prepared for trivia night than before you read this.

These things are so fricken cute I could just eat them up.  Not literally though, cause while the food they’re based on may be delicious, I can assure you plush is not.  And no, I will not tell you how I know that. 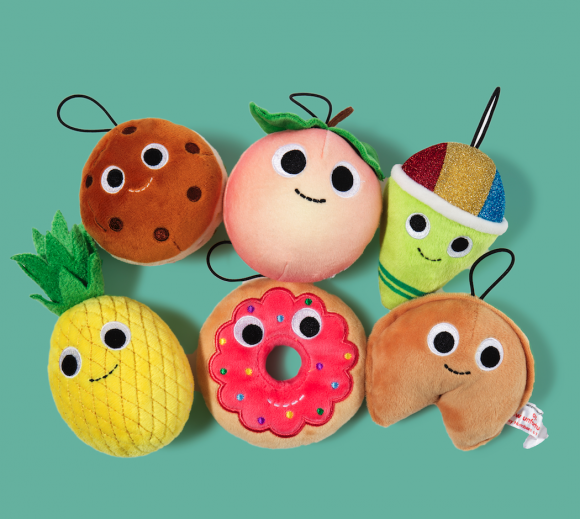 Collect them all at www.kidrobot.com