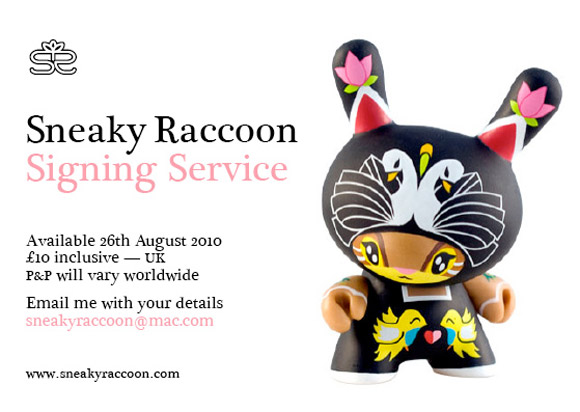 UK artist, Sneaky Raccoon is offering a signing service for collectors of her new design from Dunny Series 2010. Since being on holiday and missing the release party at KR London, she will be taking orders for signed editions of her new Dunny. Starting August 26, you can email her with your details and place your order. Follow @SneakyRaccoon on Twitter for more up to the moment information.