Illustrious storyteller and customizer, Otto Bjornik dazzles us with his beautiful new custom Dunny & Totem Doppleganger chess set, Shah Mat II: The Sartorial Conundrum. In order to claim victory as the Supreme Wearer of the Checkered Cloth, this epic 32-piece series wages war between the Scarf-Wearing Whites and the Belt-Strapping Blacks on the vast checkered fields of Siri b. In the end, only one kingdom will reign and only one sartorial style will prevail. Enjoy more of Otto’s bold custom work on his website. 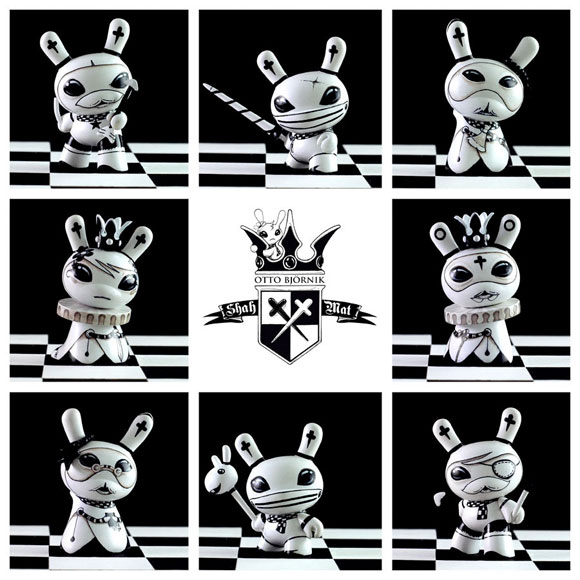 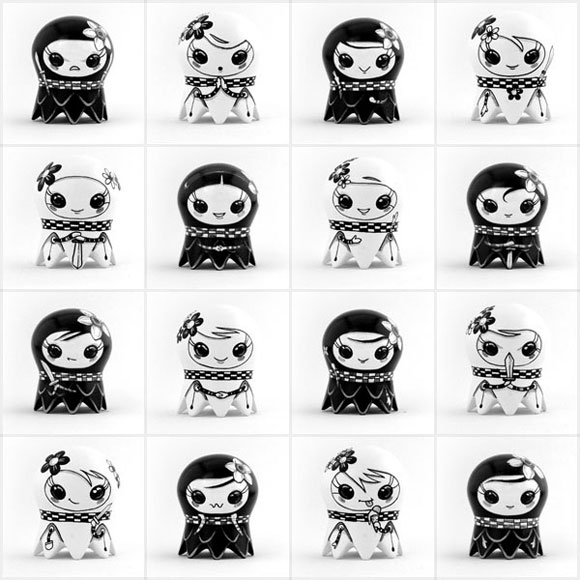