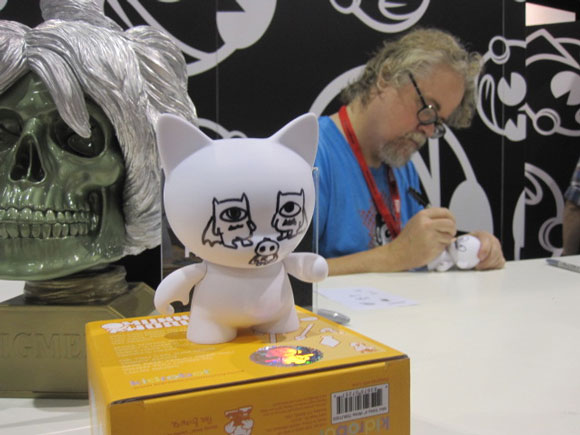 The legendary street artist and one of my personal favorites, Ron English was at the Kidrobot booth for the signing of his KR exclusive color of his new Figment Bust. There were 20 made of this particular colorway. The vinyl sculpt of dead Andy Warhol’s skull and trademark wig was priced at $200. If you were wondering why it is called Figment, that was what Andy wanted to say on his tombstone. Kind of weird, but oh so cool. 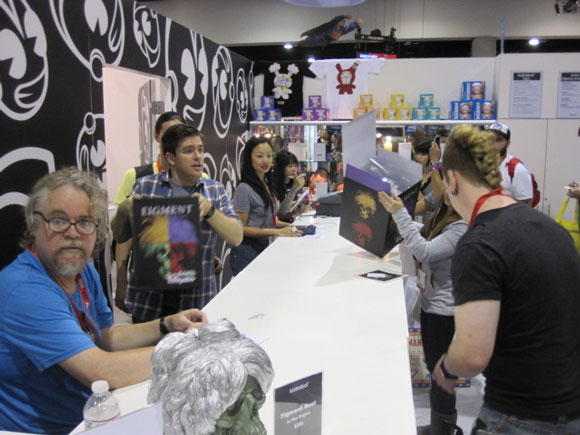 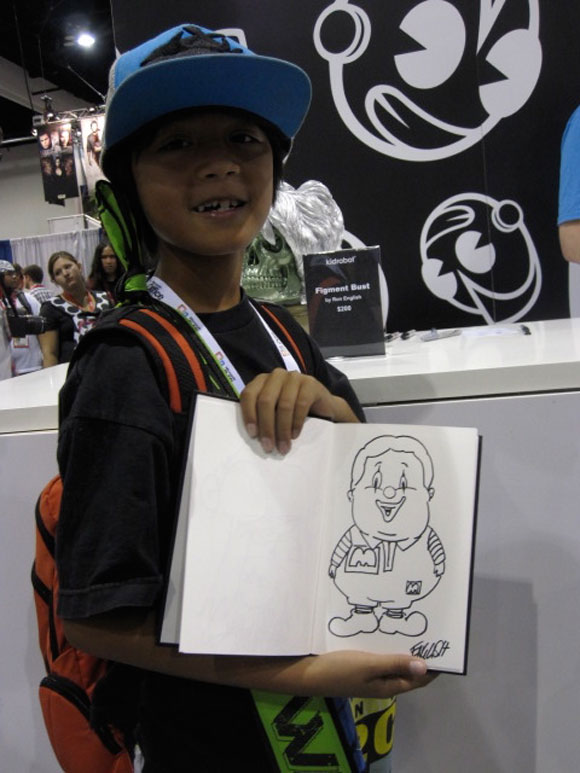 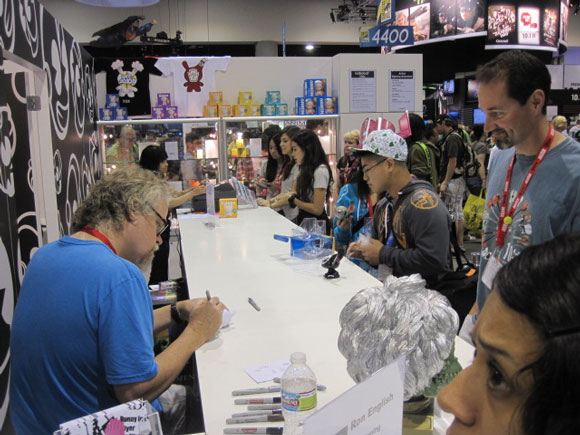 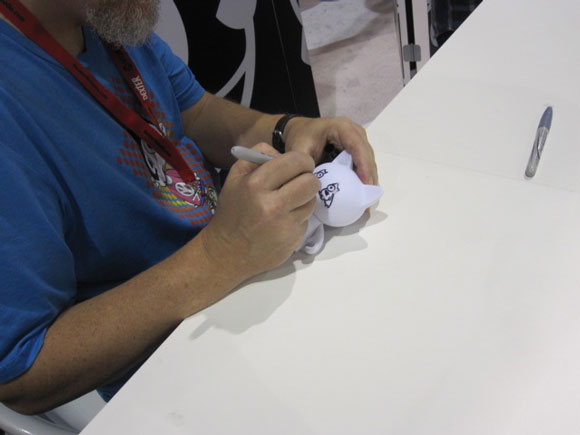 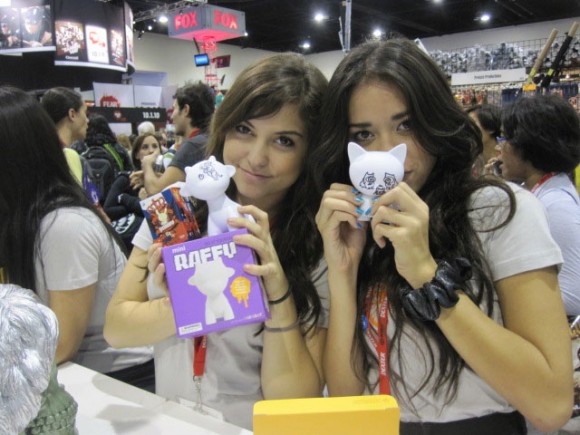 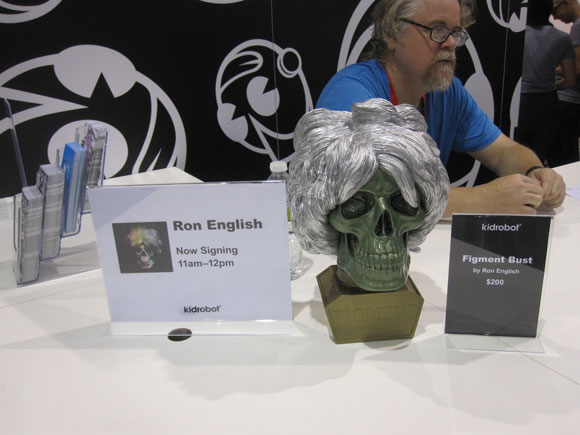