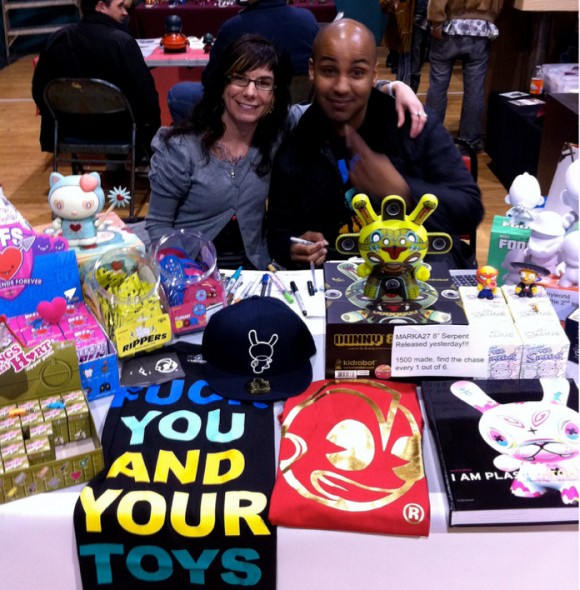 This past Friday marked one of the coolest events in New York, Toy Street. Kidrobot was holding it down and chilling with our art toy counterparts and the NYC vinyl community. Can’t wait ’til next year!