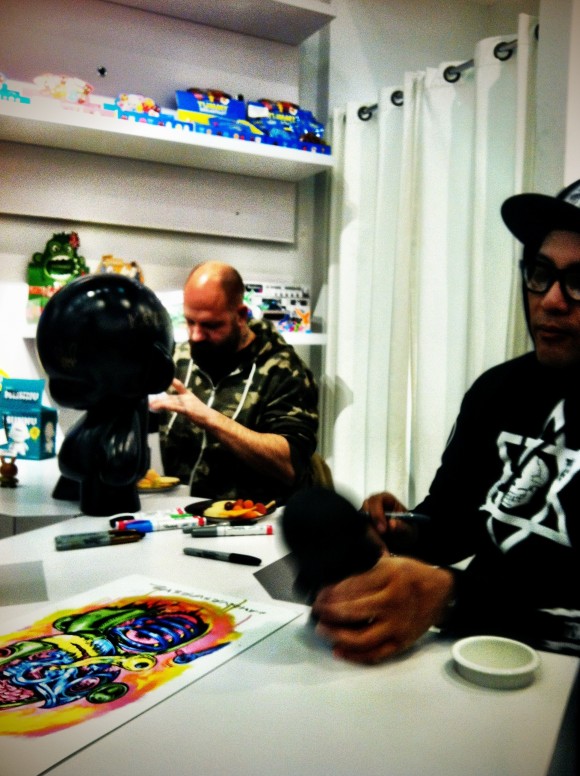 Kidrobot brought art to life this past Thursday with the L’Amour Supreme and Huck Gee signing at Kidrobot Boulder!

The turn out for this event was beyond impressive. Proving, once again, that Kidrobot fans know what’s up! Two limited edition posters were available. One featuring a L’Amour Supreme graphic of a gory neon bot head, most recently used on a L’Amour Supreme X Kidrobot graphic t-shirt collab, and the other featuring a sneak peek of an upcoming Huck Gee X Kidrobot DUNNY to be released this year. Both posters, as well as various fan memorabilia were the perfect impromptu platforms on which both artists threw down brilliant sketch work in addition to their signatures.

Mountains of thanks to L’Amour Supreme and Huck Gee for their time and attention to each fan and all of you in the Kidrobot family who came to the event and waited SO patiently in line to meet these two art talents. 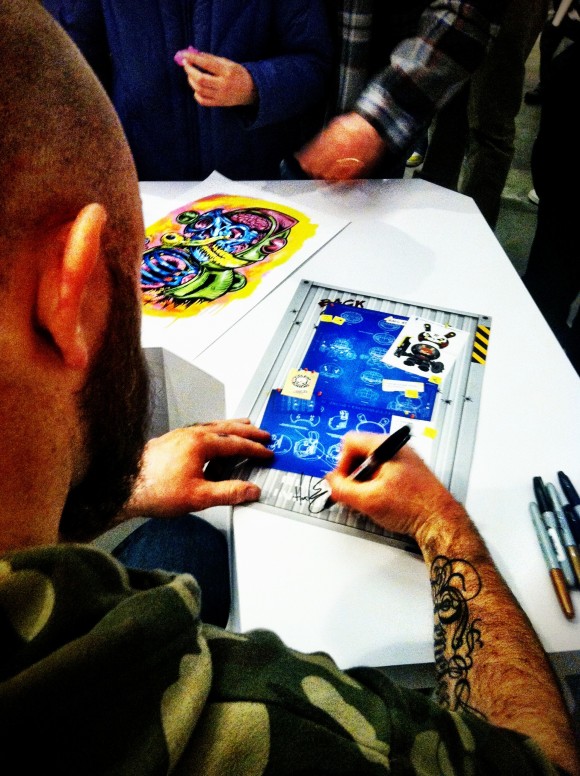 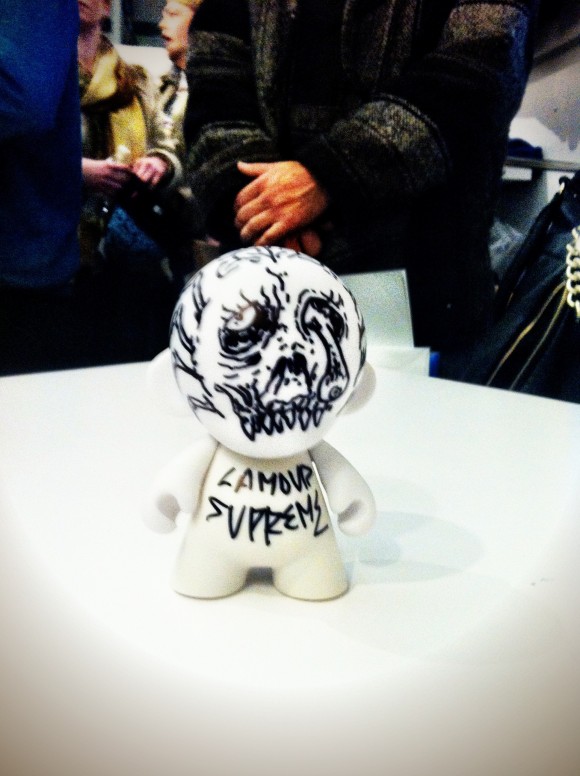 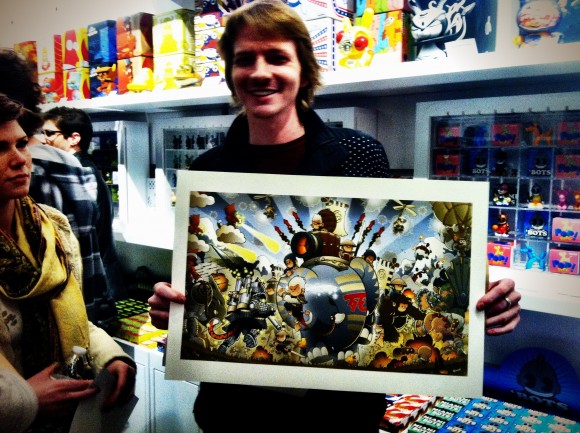 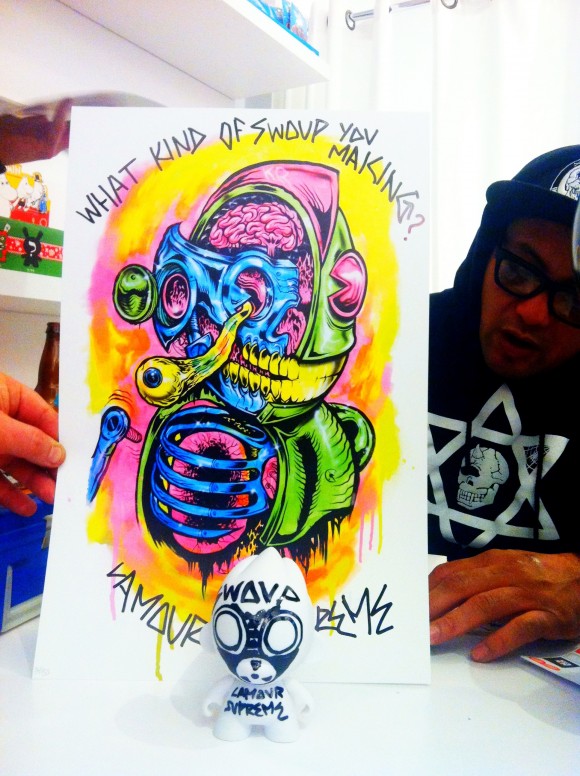 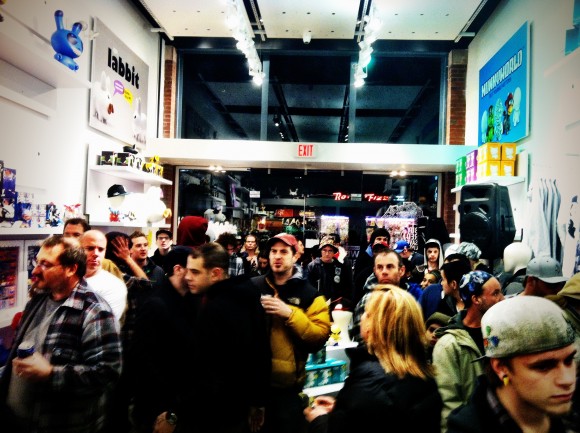 Visit the KRBLDR facebook for more photos from this event.