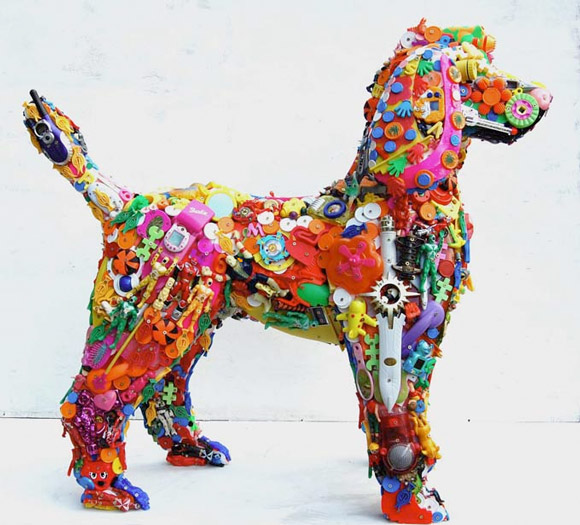 UK artist extraordinaire, Robert Bradford’s life size sculptures of upcycled toy parts make great pets. Composed mainly of toys along with buttons, brushes, clothes pins and random bits of plastic. Some works use over 3,000 toys and can fetch up to $19,000. Bradford is fascinated by the idea of each plastic piece having its own history. Totally brings a new meaning to the term art toys. 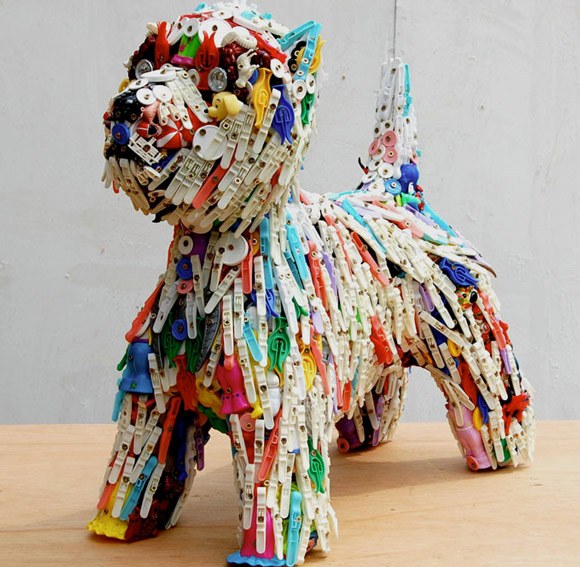 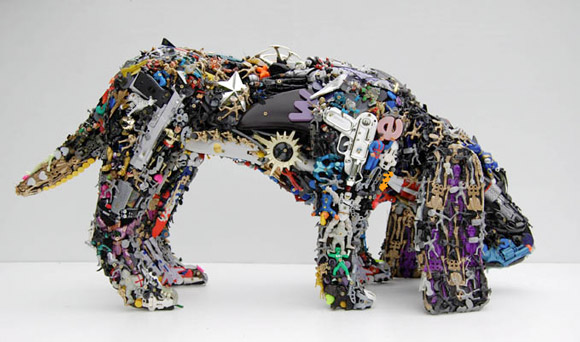