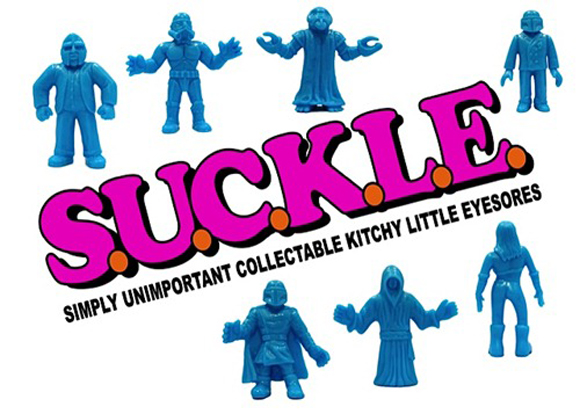 We all remember the widely popular M.U.S.C.L.E./Monster In My Pocket style mini PVC figure line from years ago, and we know  that this style of toys have had a huge comeback. Now DKE Toys and Dunny 2012 artist The Sucklord have teamed up for a KICKSTARTER of sucktacular proportions. First taking over the galaxy at last year’s SDCC as prototypes, the S.U.C.K.L.E. series (Simply Unimportant Collectable Kitchy Little Eyesores),  consists of 10 different characters from the Suckadelic world including : Sucklord 66, Sucklord 43, Sucklord 16, Ass Wipe, Necromancer, Galactic Jerkbag, Ira Tyranusberg, Another Bitch, Vectar, and Gay Empire.

Now the project is fully funded but major Suck Goals have been added that can increase the number of figures in the series, so they need everyone’s help!!!! 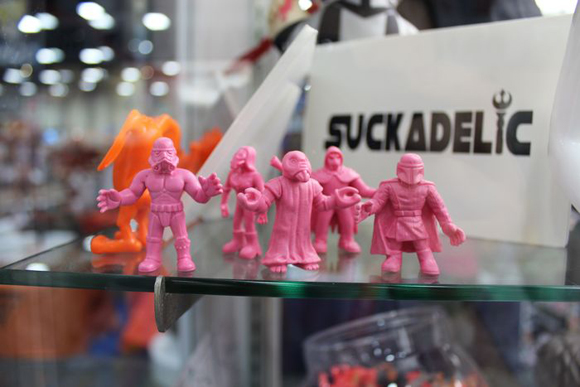