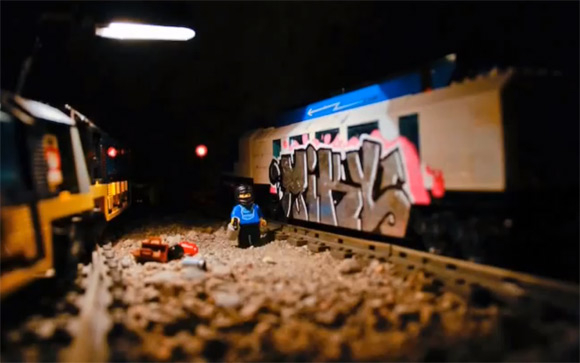 Stop motion animation, LEGOs, graffiti! What’s not to like? Even if you are one of the 109,000+ people who have already seen this, I’m sure you won’t mind watching it again. Props to Elvisistnochamleben for taking over 1,300 pics to make such a cool school art project.