Sacrificing Sacred Platforms For The Good Of The Vinyl Community 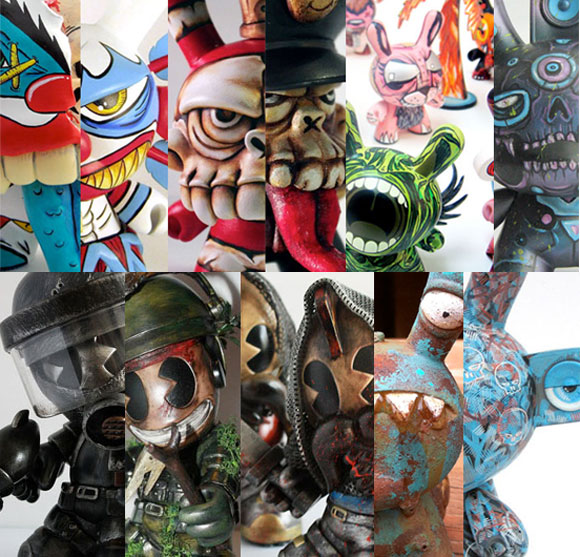 Over the past year or so Kidrobot has continued to push the limits of production and we have seen a surge in customizers utilizing and brutalizing these newly sculpted and limited edition platforms. We have previously featured the impressive work of Rsin’s custom Skullhead Dunnys and El Bandito Meurto, the ongoing 2Tone Chuckboy customs and Keithing’s kick-ass Bugs Bunny adaptation of Kronk’s Yankee Pig Dog Labbit. 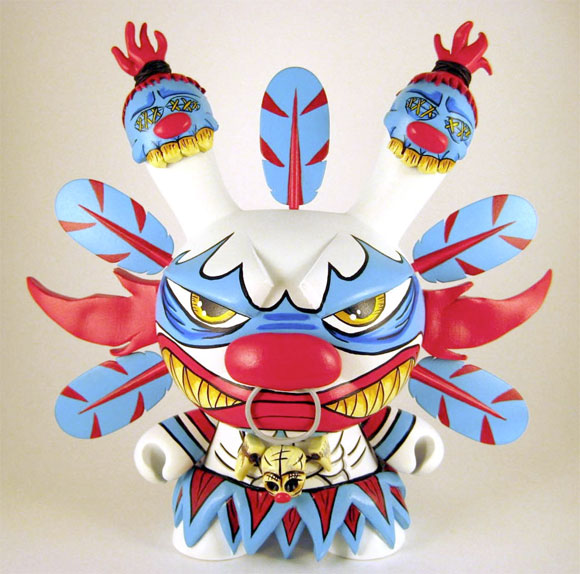 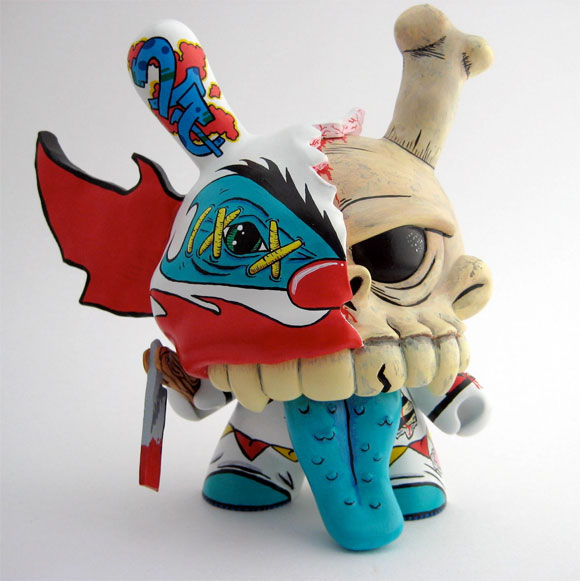 Artist & customizer JFURY aka Justin Phillips has been on a rampage lately with his recent 8-inch Dunny sacrifices. His latest works include a recreation of MAD’s Zombie Robber Dunny and Jesse Hernandez’s Calavera Dunny. You can find more Justin’s furious customs in his webstore. Keep an eye open as JuJu the Witch Doctor Clown will be making his way to KRNY in the very near future. 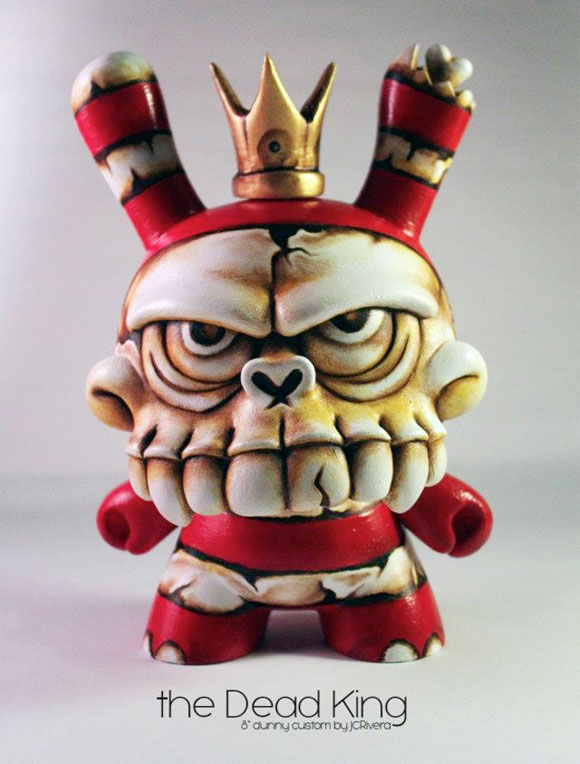 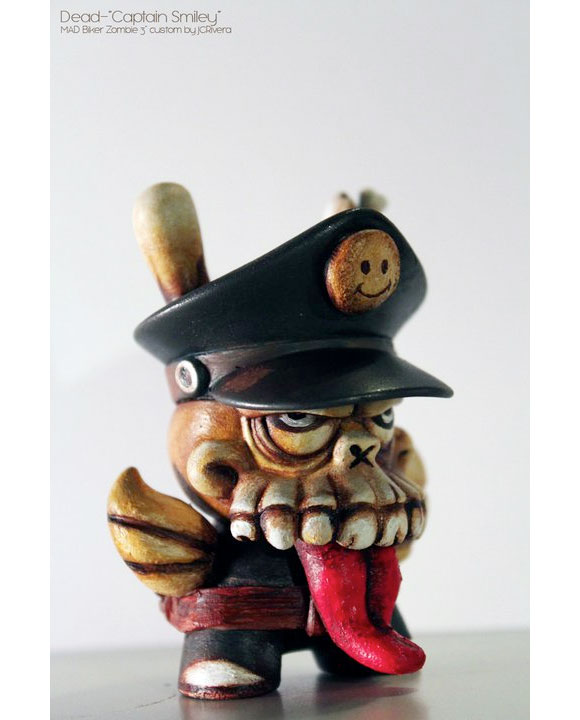 Chicago toy artist, JC Rivera took home the prize for Best KRACKA in the MUNNYWORLD MEGACONTEST 2011 for obvious reasons. Some of his latest creations also reinvent MAD’s 8-inch Zombie Robber with his Dead King Dunny as well as the 3-inch Zombie Biker from Dunny Series 2011 with Dead “Captain Smiley.”

Emerging customizer, Don P aka Patrick Lippe has been in a good habit of sharing his latest Kidrobot mascot customs on our Facebook page. His recent reinventions include his KidDwarfs on what used to be The Beast Brother’s KidOlaf as well as KidPocalypse and Lt. Joe “Fresh” McMinty on MAD’s 7-inch KidRiot.

Most Wanted customizer, Jared Cain aka Nikejerk went out on a limb last year with his MUTATIONS series. He took some of the most sought after 3-inch Dunnys of all time and, well, mutated them. 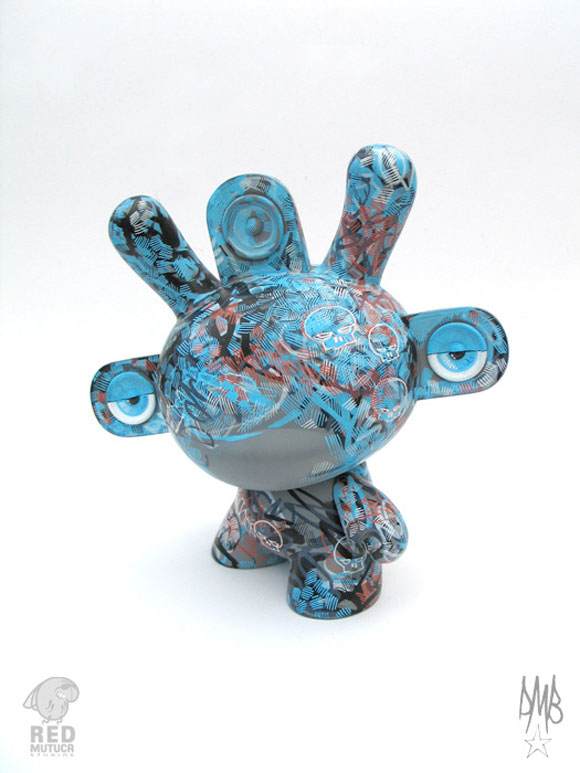 UK illustrator and Red Mutuca artist, David Bishop aka Run DMB has taken Marka27’s Shadow Serpent Dunny and given it a fresh coat of creativity on this banging 8-inch platform. 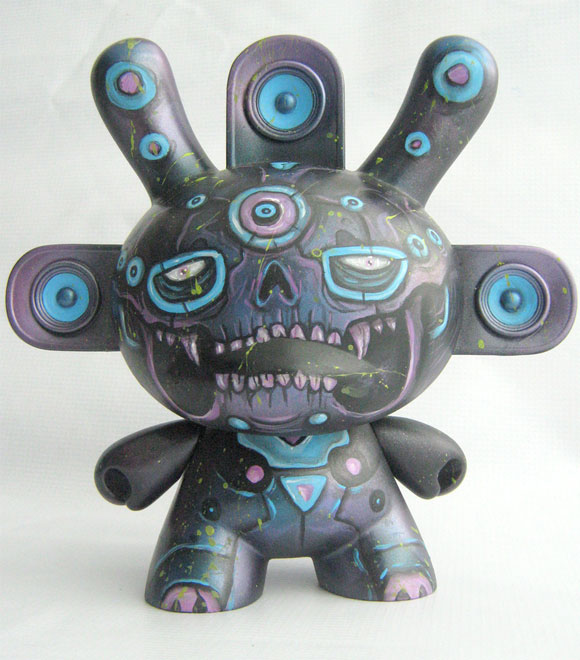 Franko Mysterio hails from Mexico and consistently customizes wild and crazy characters, no matter what the platform. He too has repainted Marka’s Shadow Serpent to create a truly remarkable custom piece called Dunny dead 3.0. 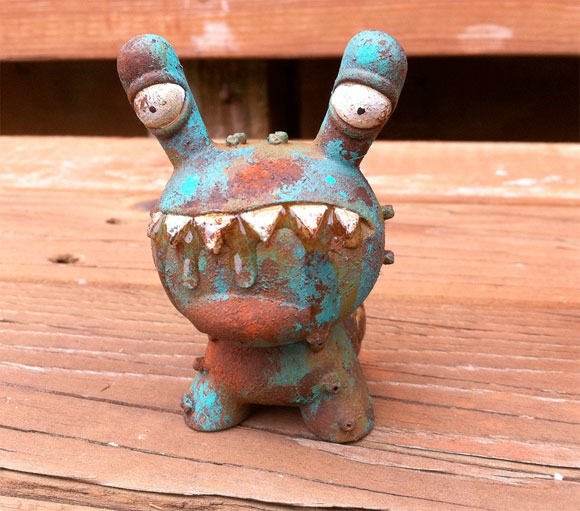 If there is one thing to learn from these incredible custom recreations, is to not be afraid. Plus what else are you going to do with all your duplicates.

The post Sacrificing Sacred Platforms For The Good Of The Vinyl Community appeared first on Kidrobot Blog.