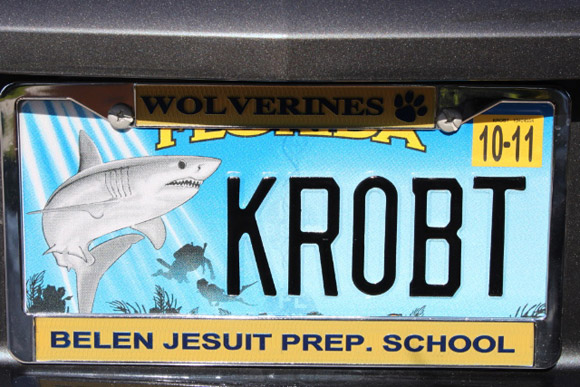 Kidrobot Miami collector, Dylan Rives has taken his vinyl addiction one step further and adorned his ride with a KROBT license plate. Now that’s some dedication.

How do you express your Kidrobot pride!