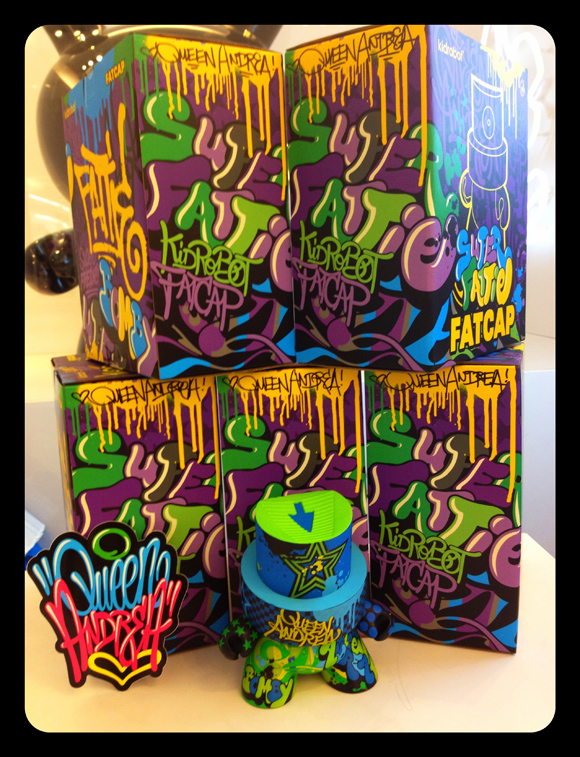 Blowing up the spot!

Graffiti artist and FatCap Series 3 designer Queen Andrea has tagged the boxes of a handful of extra special Super Fattie FatCaps for the first 5 customers at KRNY. As an added bonus, the first 12 Super Fattie NYC collectors will get a free KRINK marker and Queen Andrea sticker.