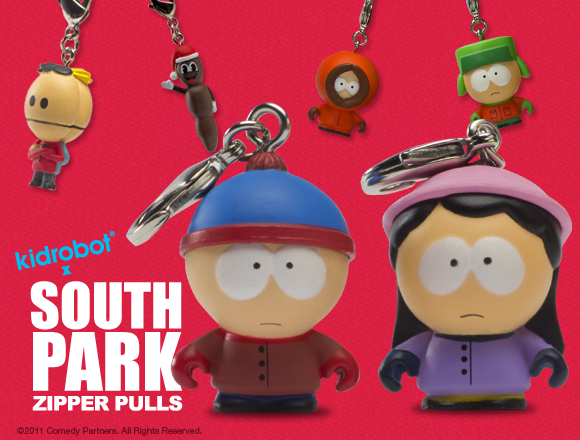 South Park comes to Kidrobot! Kidrobot teams up with your favorite animated satirical sitcom to bring you a dynamic cast of characters in “Pulls” for your zippers, key rings, and anywhere else you want to rock them. Crafted in 1-inch vinyl after their 2-D counterparts, these South Park residents come individually blind-boxed, attached to a clasp for easy hanging, and ask the question – Which one will you get?! Collect all 16 styles beginning August 4 for $3.95 (£3.10 UK; 3.60€ Europe).