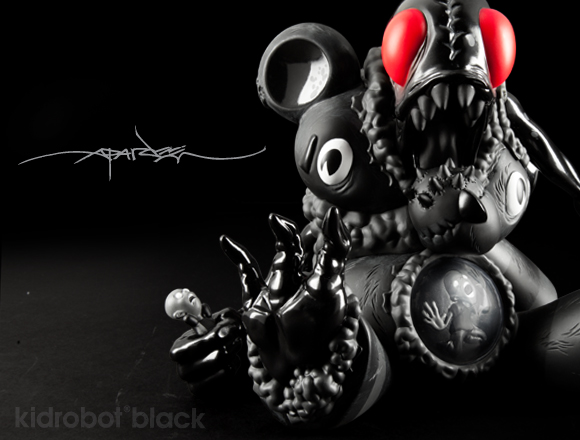 Something evil lives inside a trusted old friend. Slick gloss looks alien against innocent molded fuzz. Red orbs glow in contrast to dull white eyes. Sinewy arms finished in fists clenched. Patches and scars, once signs of years of love, are evidence of previous horror. Deep inside, a child is trapped. There is no escape.

Limited to 250 nightmarish pieces, each is hand numbered with the artist’s signature engraved on the bottom, and exclusive to kidrobot.black.com and select retailers worldwide.

DigesTED emerges March 28 and retails for $200