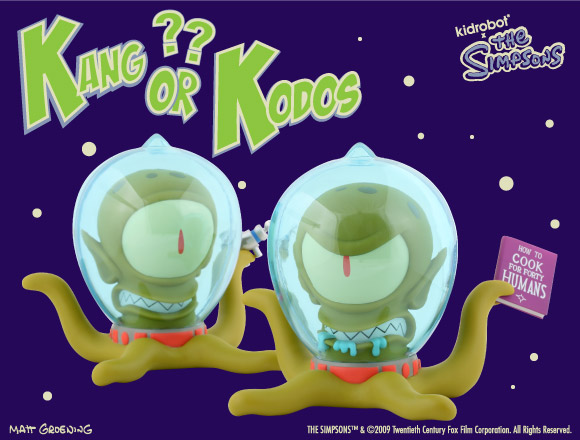 Prepare to subjugate mankind with Kang & Kodos, the evil, cycloptic aliens from Matt Groening’s The Simpsons. Spread interstellar misery with either the salivating Kang or mystery chase Kodos. These blind boxed, galactic goofballs stand 6-inches tall, go for $29.95, and arrive at Kidrobot stores, kidrobot.com, and select retailers in our galaxy October 22.