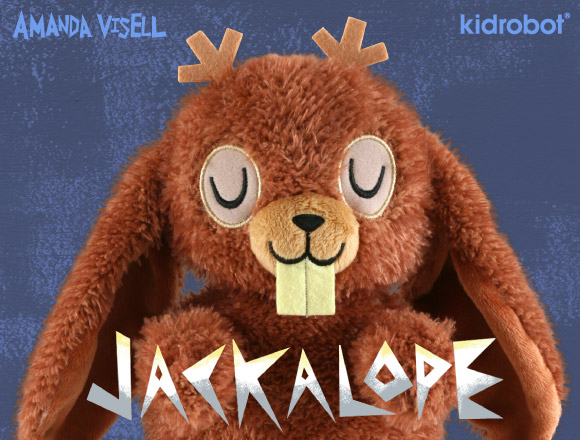 Amanda Visell’s Jackalope is the only hope against evil, giant robots trampling on your city. Taken from her Tic Toc Apocalypse mini series, the limited edition Jackalope is 14-inches of robot-decimating plush from ears to feet.