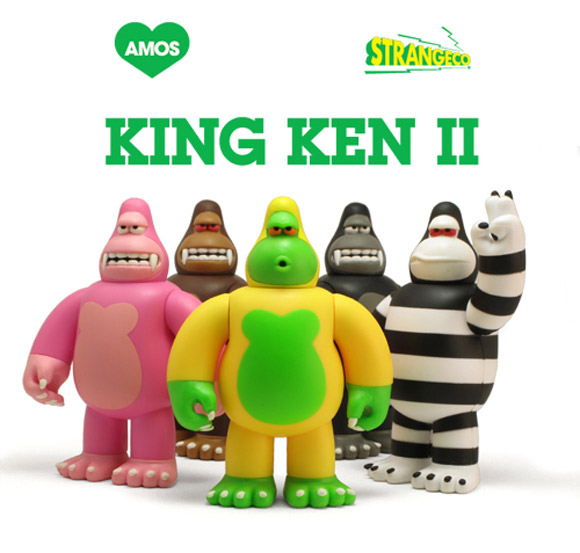 Creator of Amos Toys, James Jarvis and purveyors of the peculiar, STRANGEco will soon be releasing the new series, KING KEN II. This commanding follow up of Series I were previewed at SDCC last July. There are five new colors of Jarvis’s iconic primates, Pink, Brown, Black, Striped and Luminous. Also, keep your eyes peeled for the elusive chase version! They’ll be hitting the shelves of a STRANGEco retailer near you this September.