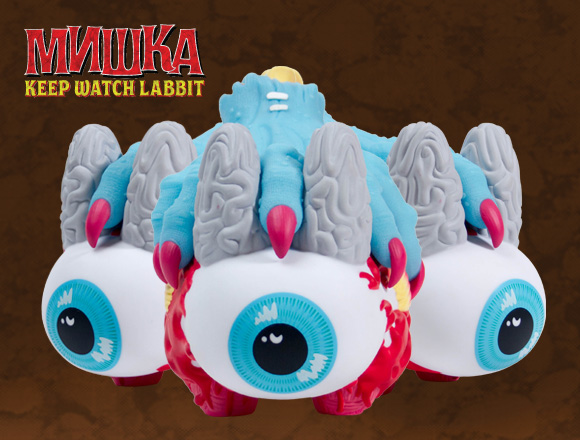 There’s a hell for all things, men and labbits alike! In their underworld Keep Watch Labbits run perpetually from disembodied Hell Hands offering the most unholy petting. Thy horror Labbit!

“It was based on a previous design we had done with a monster hand clutching a Keep Watch eyeball. The colors were inspired by traditional zombie colors, and the weird technicolor blue zombies from the early Romero work.” – Mike Jones