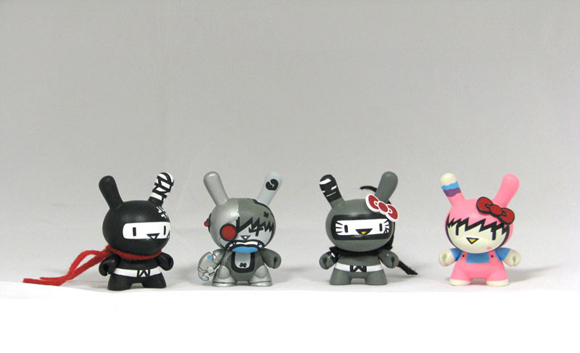 Mai Hiro mastermind, Nakanari has been killin’ it recently with his newest custom Mini MUNNY, Mini BUB and crew of Spiki Dunnys. Inspired by Bruce Lee, the 4-inch MUNNY, Spiki Lee, and BUB, PandoMo, will soon face off in the Mai Hiro webstore. The Orlando based was also commissioned to do a set of  3-inch Dunnys, Ninja Spiki, Cyber Spiki, Ninja Skitty and Skitty. Each one is painted free hand with acrylics, brushes and NO tape. HIYAH!! 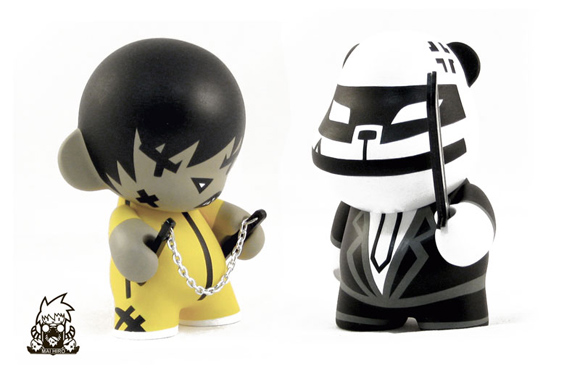 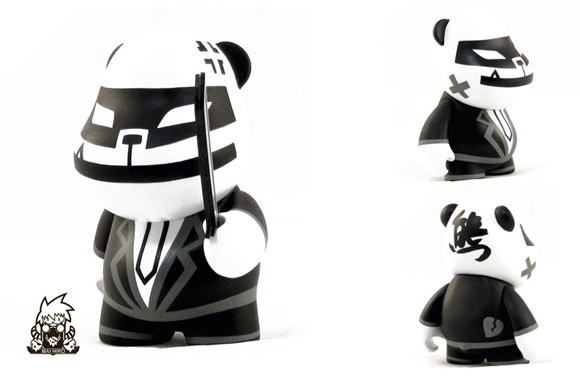 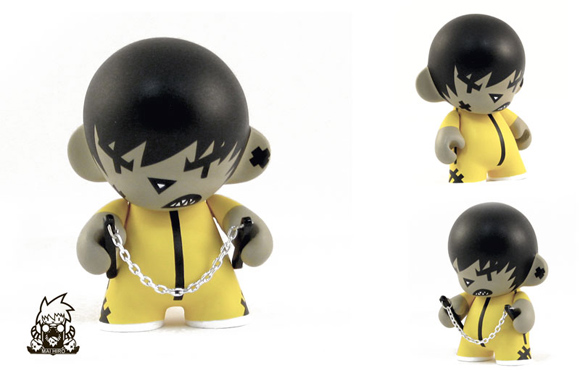 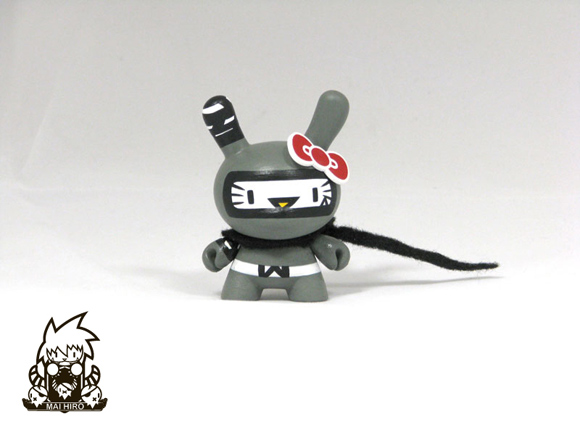 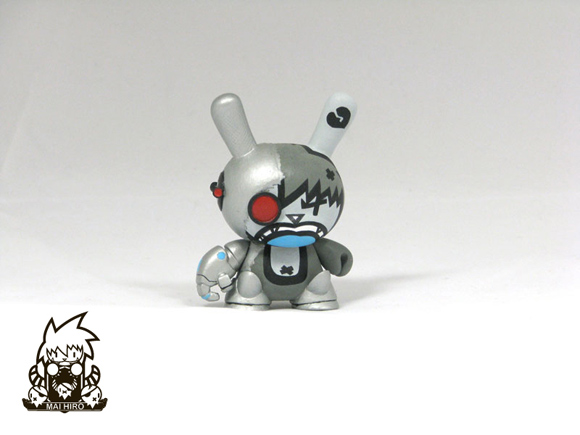 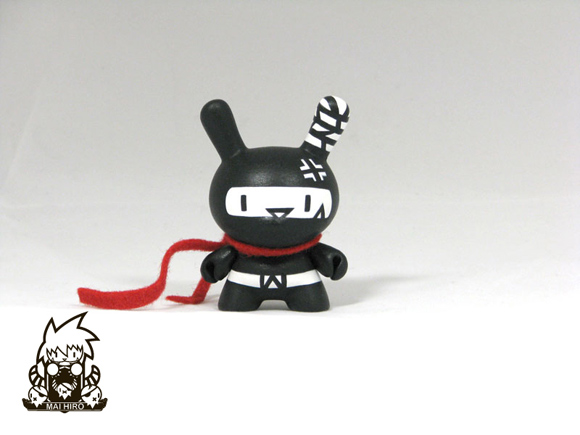 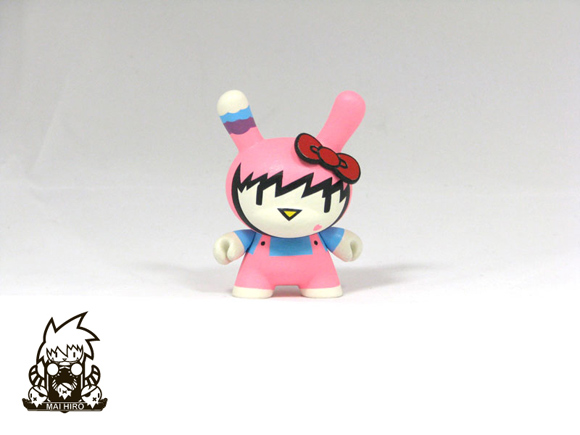