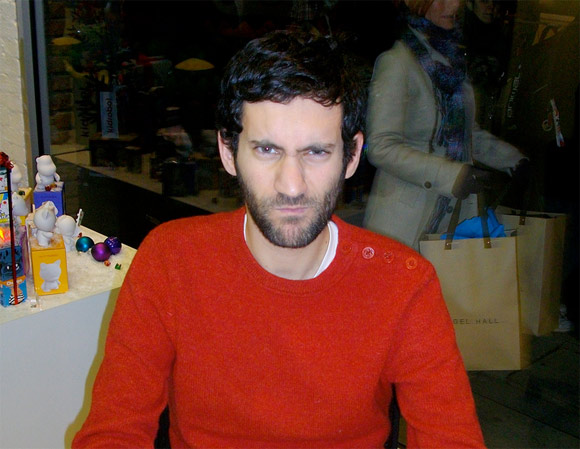 Nottingham doodler, cheese-lover and globe-trotter, Jon Burgerman took time out of his busy schedule of cavorting with famous film directors to spend a little time with the nice people at Kidrobot London, signing MUNNYWORLDs and validating passports.

Learn more about Jon Burgerman at his web site, or shop for Burgerman goods on kidrobot.com!