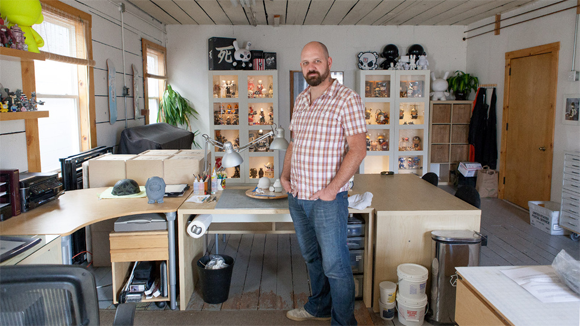 The man behind the most recent Post Apocalypse Dunny Series, Huck Gee, is more than just a toy slinger, he is also a fixture in the racing world. When you combine the mind and driving skills of professional rally driver and DC Shoe creator, Ken Block with the passion and artistic talents of our own Huck Gee, you get Blockhead.  Ian Merrit of IDM Photography recently did an amazing article on just this subject titled “This is the man behind Ken Block’s blockhead logo: Huck Gee” which perfectly details some of Huck’s history, passion for cars and art, and the development of Blockhead. A splendid read for all Kidrobot fans, Huck fans, motorsport fans, and art fans alike with exceptional images of the man himself.