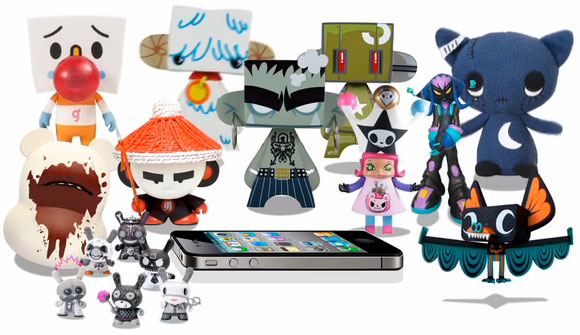 Designer Toy Run will consist of three different types of runs all varying in geographic scope to maximize community gameplay: first, a globally available hunt; second, a city-specific hunt available in New York, London, San Francisco, and Chicago; and third, a location-specific hunt that will be deployed within 3 high-traffic locations throughout the 4 available cities. Starting November 10 and running over the course of 6 weeks, the toys will be rotated twice a week in the GoldRun app to optimize exposure for all 38 artists in participation and provide a well diverse selection of collectibles for those playing. All players are encouraged to share photos over Facebook and Twitter for a chance to win the toy of their choice. Competing against each other across the leaderboard, the players with the most points win actual designer toys. With a selection of over 250 toys, there is a wealth of prizes to be had for the seasoned designer toy collector or the budding fan.