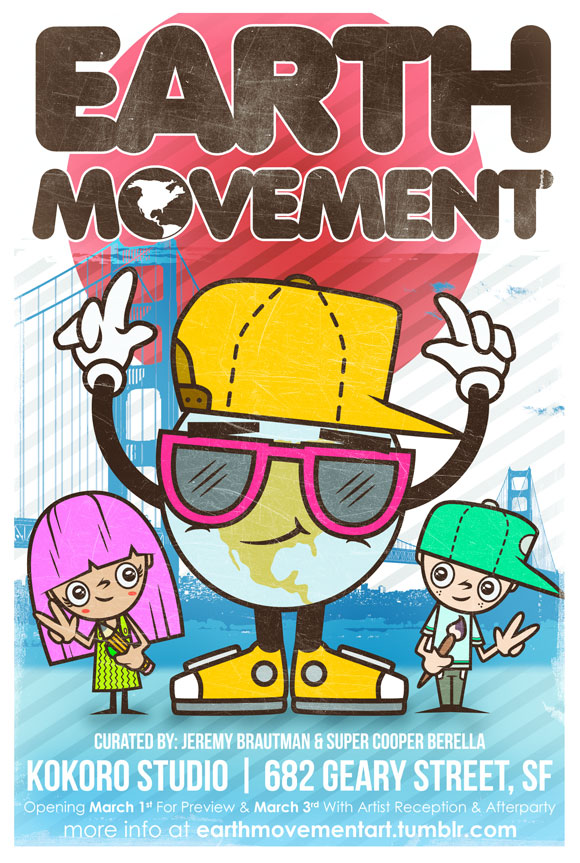 Toy maven, Jeremy Brautman (35) of Jeremyiad.com and 12-year old artist Super Cooper Berella have initiated EARTH MOVEMENT — an incredible kidcentric art exhibition featuring collaborative works by children and adults to benefit loved ones in Japan. Created in acknowledgment of the anniversary of the tragic earthquake and tsunami in Japan last year. 50 creative youngsters ranging in ages from 2-16 alongside their artistic moms, dads, aunts, uncles and friends, have taken the concept of nature’s powerful forces to create works of various mediums with proceeds going towards Art For Hope. The opening will preview tomorrow, Thursday, March 1, followed by an artist reception this weekend, Saturday, March 3 at the Kokoro Studio in San Francisco.

Be sure to hit up the EARTH MOVEMENT’s Tumblr page for more pics and info, and if you’re in the Bay Area make sure to swing by to support this beautiful cause. 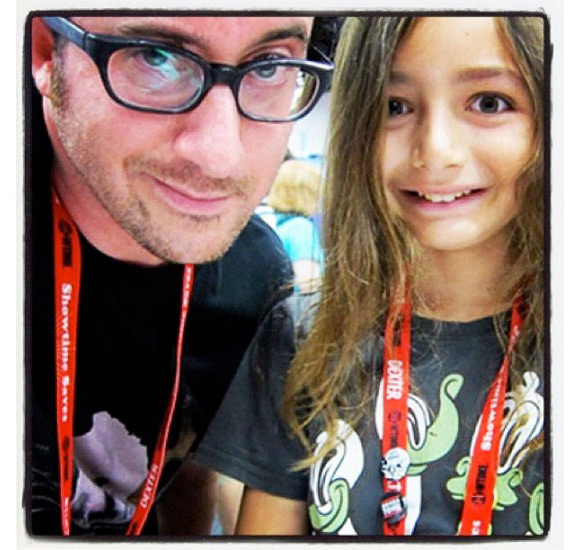 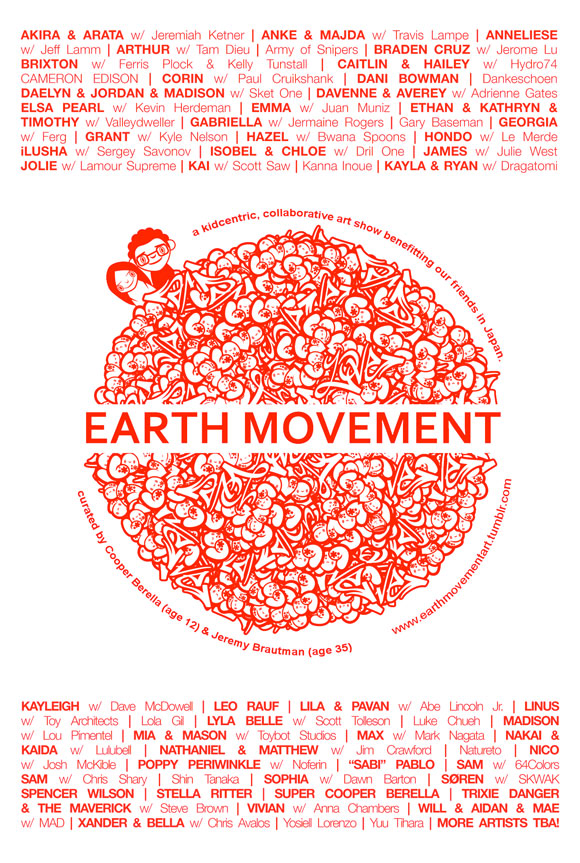