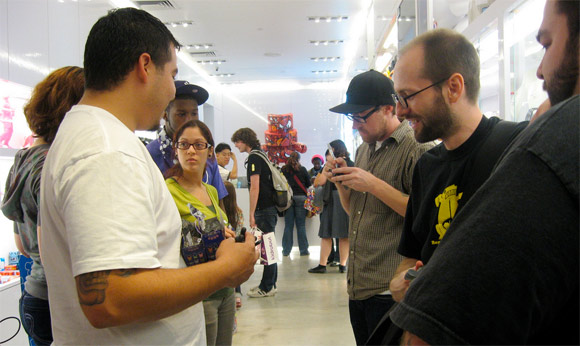 Thanks to everyone who joined us for the release of Dunny Series 2009! Dallas, Los Angeles, Miami, New York City, and San Francisco all showed up by the hundreds to meet artists and to sink their teeth in the most anticipated blind box goodness of the year.

Check out pics from the each of the Kidrobot stores below.

No store in your town? Get your Dunny Series 2009 online at kidrobot.com!