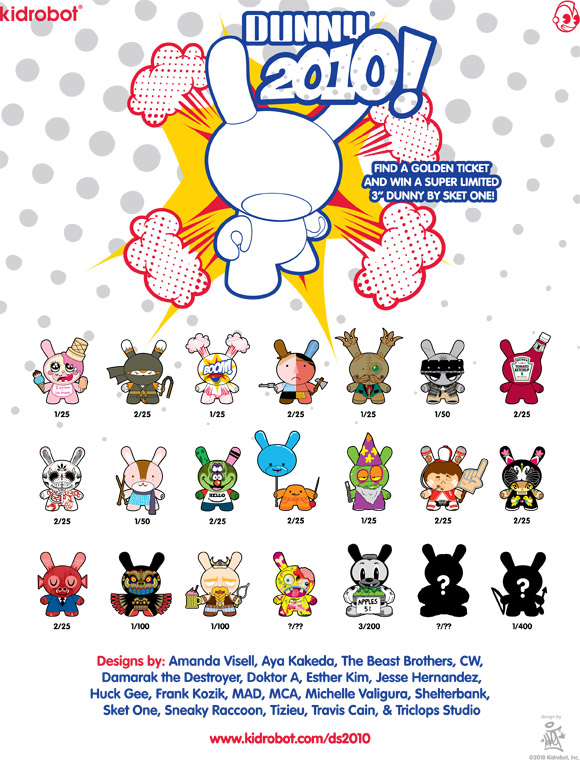 Now that Dunny Series 2010 is available, lets get the party started. There are over 75 launch parties around the globe, as well as all Kidrobot stores happening tonight. Meet many of the DS 2010 artists at Kidrobot stores in San Francisco, Los Angeles, New York and London. Keep the party pumping with Kidrobot Miami tomorrow night for The After Party at Louis Bar on South Beach.