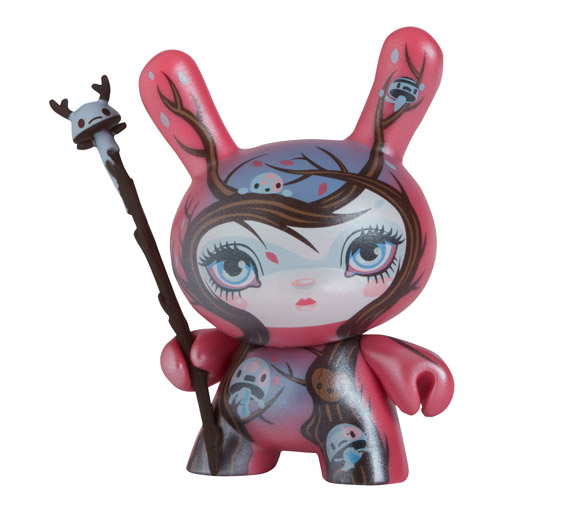 As we make our way to June 23 and count down the days (only 8 to go) to Dunny Series 2011, we present the gorgeous new design, Nature Spirits by 64 Colors. Produced with a shimmering finish, this Dunny comes in two colorways, pink— which has a ratio 2/20 and a rare white version that is 1/100.

“Nature spirits are only visible to those with clairvoyant abilities or hallucinatory inclinations. Say you’re roasting marshmallows & don’t put out your fire. When you least expect it…“thwap!” You’re flat on your back and at their mercy. Cute, pretty, charming but… deadly. Don’t mess with nature! Their walking staffs have magical powers, able to shoot out death ray zaps plus…water flowers. The mushrooms have ninja skills. Seriously! You’ll b beaten to a pulp with her staff if you commit crimes against nature. Her wrath is swift & absolute. Respect the environment or pay the price.”

64 Colors will be joining fellow DS2011 artist Travis Lampe at Rotofugi for a magical signing and trading party on release day. 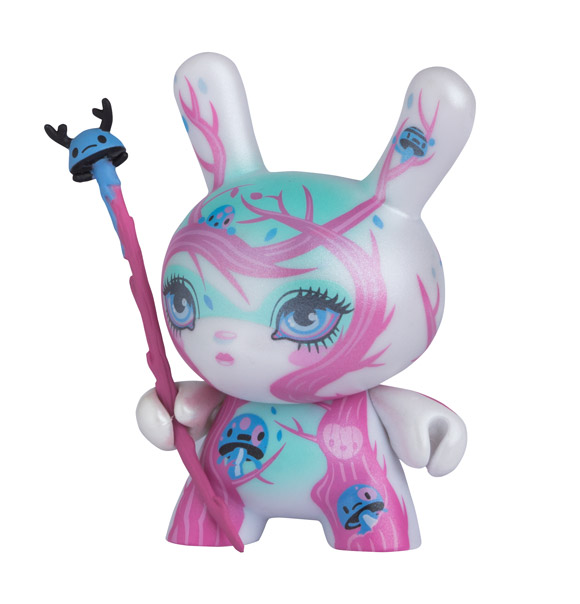