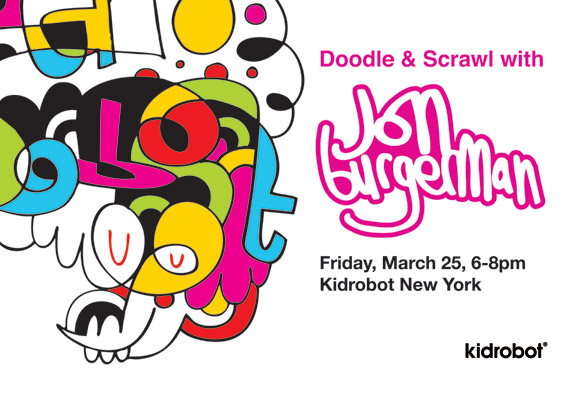 Jon Burgerman will be busting out his pens and markers at Kidrobot New York once again for another round of Doodle & Scrawl. Join his Burgerness for this live scribbling and sketching event going down Friday, March 25 from 6-8pm. Bring in your favorite Burgerman toy, a funny bizarre random object or just pick up an awesome MUNNYWORLD figure for Jon to lay down some of his famed line work. 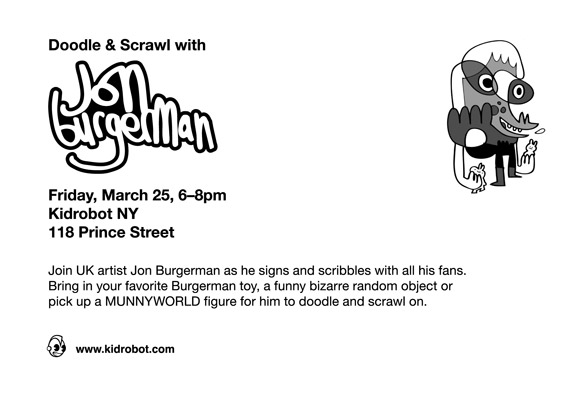