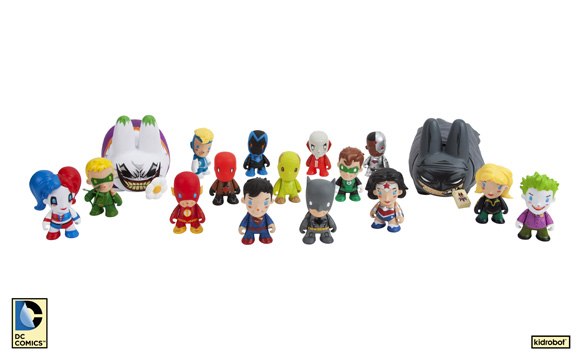 As if we broke out of Arkham, we are running full speed with a league of DC releases dropping NOW!

Now that we have your attention, we have the most recognizable duo to ever grace a comic book in 7″ Labbit form with the Batman and Joker labbits! Retail $59.99

“See, there were these two guys in a lunatic asylum…and one night, one night they decide they don’t like living in an asylum any more. They decide they’re going to escape! So, like, they get up onto the roof and there, just across this narrow gap, they see the rooftops of the town, stretching away in the moonlight…stretching away to freedom. Now, the first guy, he jumps right across with no problem. But his friend, his friend daren’t make the leap. Y’see…y’see, he’s afraid of falling. So then, the first guy has an idea…He says ‘Hey! I have my flashlight with me! I’ll shine it across the gap between the buildings. You can walk along the beam and join me!’ B-but the second guy just shakes his head. He suh-says… he says ‘What do you think I am? Crazy? You’d turn it off when I was half way across!'” – The Joker