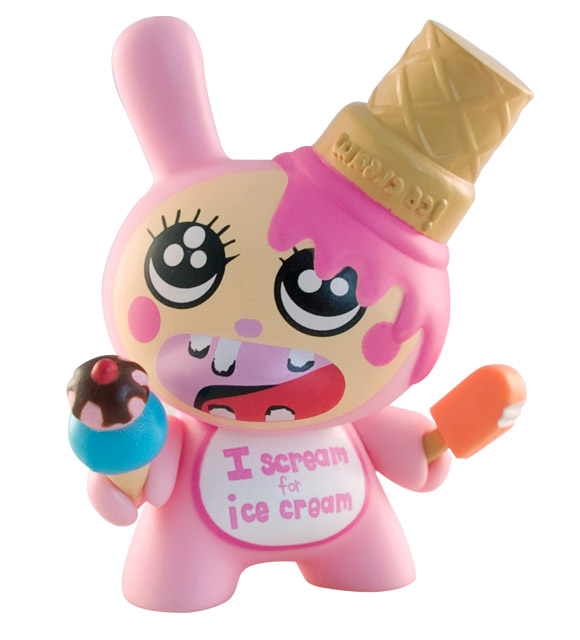 Two more weeks until the explosive launch of Dunny Series 2010. We are counting it down with an awesome advent calendar revealing a photo of one new design, a daily contest and an introduction to the artists. Today’s featured design from DS 2010 is a crazy ice cream Dunny by Esther Kim.

Contest: Take a picture of both ice cream and cone upside down on your head. (Yes, real ice cream!)

Enter to win the rare Golden Ticket from Dunny Series 4. Email correct answers to Dunny2010@kidrobot.com before 11:59 pm PST tonight to enter in the drawing. 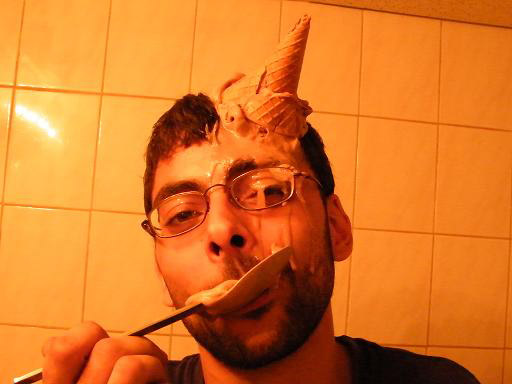